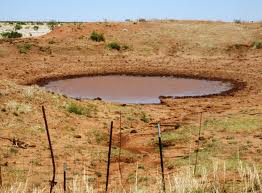 Significant new funding for water projects in a dry, thirsty Texas moved one step closer to becoming a reality. The bill, HB 4, would take money from the state’s Rainy Day Fund to start a loan program for new water projects. It passed unanimously in a committee, and now it heads to the House floor for a vote.

The bill’s latest version that passed is much more detailed, going from eight pages to 31, and puts added focus on conservation. As before, 20 percent of the funding would go towards conservation projects. But it also includes conservation as a factor for water supply projects that want funding from the new program. “There was a lot of detail added to this bill,” Laura Huffman, Texas State Director of the Nature Conservancy, tells StateImpact Texas. “They’ve put in place a prioritization scheme that would ask utilities and the state agency to prioritize those projects that have good conservation plans that are implemented. Not just talked about, but implemented.”