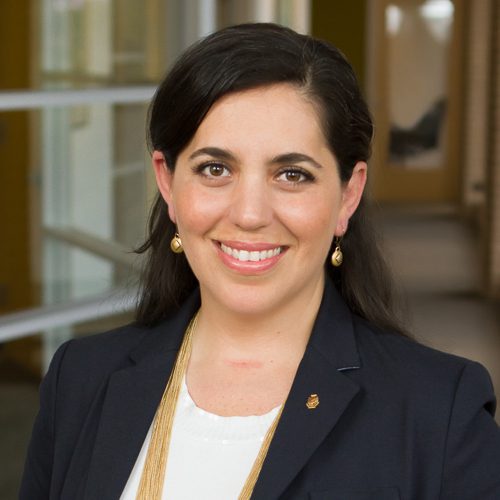 “Veronica, as the leader of the Transit Group, seeks to bring her expertise, love and compassion for mobility solutions to KAI as we look to serve transit-focused clients nationally,” said Darren James, AIA, President and COO of KAI Texas. “Additionally, Veronica will work with our teams to ensure that mobility from all modes of transportation is incorporated into our community transformative projects.”

Castro de Barrera has grown in her professional architectural career over the past 20 years where she has pursued her passion to design public projects that improve the quality of life. She specializes in transit and recreation projects, which include design of the high-capacity transit Metro Rail Stations for the first commuter rail line in Austin, TX, as well as the preliminary design of the Metro Rail downtown station for the Capital Metropolitan Transportation Authority in Austin. Her creativity extends to public art installations where she was commissioned by the City of Austin Convention Center to create an interactive piece of art for the city at the corner of Trinity and Cesar Chavez streets in downtown Austin, which was unveiled in July 2016.

“I am passionate about transit, walkable cities, public art and all aspects of active mobility, place-making and land use that promotes complete, equitable and sustainable communities,” said Castro de Barrera. “I believe that good design strengthens communities, especially when the urban fabric connects people to opportunities and delights the human spirit.”

Castro de Barrera has a Bachelor of Science in Architecture from the University of Texas at San Antonio and is registered with the Texas Board of Architectural Examiners. She is also certified as a LEED Accredited Professional through the United States Green Building Council.

KAI Design & Build is a national 100+ person design and build firm headquartered in St. Louis, Missouri. A renowned leader in the industry, KAI provides design and build integrated project delivery solutions through collaboration, technology, processes and expertise. Since its inception in 1980, KAI has been instrumental in reshaping the urban environment through its expertise in housing, K-12 schools, transit facilities, collegiate structures, commercial buildings, sports and recreational facilities, government/justice centers and healthcare buildings. Beginning as an architectural design firm, KAI added mechanical/electrical/plumbing engineering to give clients a full package of in-house disciplines for their projects. Today, KAI continues with its original core service of design and has quickly grown its construction management group since 1997. Additionally, KAI is a leader in Building Information Modeling (BIM), applying the skill set to architectural, engineering and construction projects firm-wide. KAI’s affiliate locations include Atlanta, Omaha, Dallas and San Antonio. For more information about KAI Design & Build, visit www.kai-db.com or call 314-241-8188.