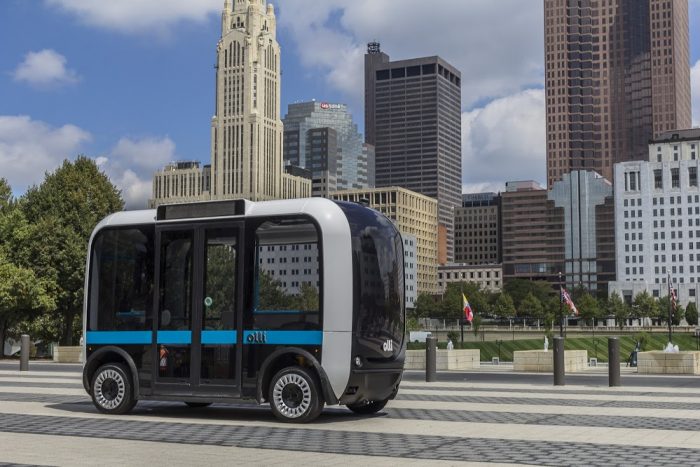 Elite Transportation Services recently announced its expansion into the autonomous vehicle industry by becoming the exclusive provider of operational and technological support for Olli, an autonomous self-driving shuttle developed and owned by Local Motors of Arizona.

“We recently announced the expansion into the autonomous vehicle industry by becoming the exclusive provider of operational support for Olli, an autonomous self-driving shuttle developed and owned by Local Motors of Arizona,” Grey said during his prepared remarks.

“Local Motors developed Olli in 2016 as a self-driving shuttle designed for sites using low-speed mass transit, such as airports, campuses, hospitals and municipalities. The shuttles, which will be operated by Elite Transportation Services, have a maximum speed of 25 mph and include speech recognition capabilities that allow the vehicles to talk to passengers.

“From airports to university campuses, the future of autonomous vehicles will transform the way we think about mass transportation.  Our company is preparing to offer expertise in transportation support and technology, making it easier for organizations and local communities to own and operate their own fleets of autonomous shuttles.”

U.S. Representative Al Lawson (FL-5) and U.S. Representative James Comer (KY-1) co-hosted the House Small Business Committee hearing on Monday at the Jacksonville Regional Chamber of Commerce in Jacksonville, Florida. The hearing, “Disparities in Access to Capital: What the Federal Government Is Doing to Increase Support for Minority Owned Firms,” allowed witnesses to discuss their business opportunities and challenges in today’s economy while also highlighting their success stories.

Elite Parking Services of America and its subsidiary, Elite Transportation Services, specializes in transportation and parking management services for municipalities, downtown urban markets, airports and hospitals across the United States. Founded in 2010 by CEO and President Dane Grey, the Elite companies are known for their focus on innovation in parking and transportation services, promoting a partnership model that focuses on the customer. To learn more, visit  eliteparkingofamerica.com.