London Plans a ‘Crossrail for Bikes’ 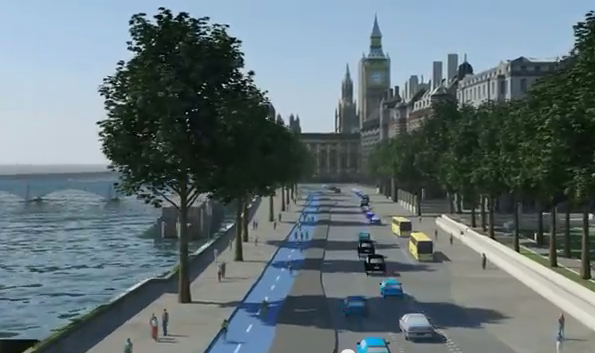 The Mayor’s Vision for Cycling will create a ‘Crossrail for the bike’ as part of his plans for a nearly £1 billion investment in London cycling. The route will run for more than 15 miles, very substantially segregated, from the western suburbs, through the heart of London, to Canary Wharf and Barking.

It will use new segregated cycle tracks along, among other places, the Victoria Embankment and the Westway flyover. It is believed to be the longest substantially-segregated cycle route of any city in Europe.

Watch the following video for the Cycle Boulevard concept along Victoria Embankment:

Other elements in the Mayor’s Vision for Cycling include: