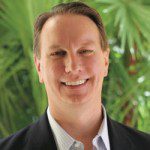 With the country in transition, settling into the dynamics and drama of a new administration, the underlying positive momentum of the U.S. economy and A/E industry has certainly been significant. At a macro level, we’ve seen this unfold with a soaring stock market, back-to-back quarters of 3-percent-plus GDP growth and a plunging unemployment rate.

And although unleashing a major U.S. infrastructure package wasn’t in the political cards this year, A/E executives seemed not to notice. Backlogs are up across major client sectors, hiring needs are as acute as ever, recent setbacks in oil and gas, and mining activity have abated, spending on capital equipment and software has risen, and A/E consolidation rolls along.

With better visibility, at least in the short run, growth-oriented leaders have ramped up their M&A pursuits. By our research, the number of 2017 North American A/E and environmental consulting transactions will finish the year generally flat from 2016 levels. However, we feel the size and scale of activity are poised to break out in 2018, primarily driven by the massive generation of Baby Boomer owners still woefully unprepared to successfully transition their firms and unlock value for themselves.

1. The CH2M-Jacobs merger solidifies a new global echelon of players. Many were stunned in August 2017 to hear that two of the industry’s largest and most-iconic names—with 75,000 employees worldwide—joined forces in a $2.8 billion merger. But this combination reinforces the incarnation of an elite number of multi-disciplined organizations, working seamlessly across markets and borders.

If I had told you four years ago that CH2M, URS, AMEC, MWH Global and Atkins all would be absorbed by other global consolidators, most never would’ve believed it. Understandably, these tie-ups have created deeper conversations in the boardrooms and executive suites of other sizable consulting firms. Will others be able to “go it alone” given their own size, strategic, succession and ownership/capital limitations?

2. Confidence fuels deal making. The two most critical elements needed to spur M&A activity are healthy balance sheets and executive confidence, and our industry now has both. The ACEC Engineering Business Index recently reported its largest-ever quarterly increase; the AIA Billings Index has been elevated all year due to strength in inquiries and new design contracts; and the NFIB Index of Small Business Optimism remains high given owner expectations of stronger revenue, regulatory relief and expansion needs. With recruiting challenges everywhere as a limiting factor to growth, the “buy vs. build” calculus has shifted. CEOs have increasingly added synergistic acquisitions as an integral part of 2018 business plans.

3. Prosperity breeds complacency. Sadly, good times don’t last forever. Although we’re currently experiencing a period of optimism and good fortunes, industry leaders need to be on alert for warning signs. The Fed is set to raise interest rates. Markets are overheating in certain sectors (e.g., commercial, office, multifamily and lodging construction across numerous cities). More states faced mid-year revenue shortfalls in the last fiscal year than in any year since 2010. Higher wages needed to attract and retain architects and engineers risk profit margins unless productivity and utilization levels can be increased. Many owners kick the can down the road on succession planning and exit-strategy thinking, as flush bonuses and distributions paralyze decision making.

In the context of M&A activity, buyer complacency emerges in lacking the proper valuation, due diligence, risk assessment and integration discipline. Elements of mature-cycle M&A engagement often include assessing “hockey stick” financial results of targets during the last 12-18 months (i.e., is it sustainable or representative?), the increased desire of “earnouts” to mitigate downside risks, and contemplating future cost savings or staff redundancies should a target firm’s results suddenly decline.

5. The taxman cometh. Architecture and engineering leaders cheered with last-minute revisions to the Tax Cuts and Jobs Act. Pass-through S-Corporations, which comprise the majority of A/E firms, are now direct beneficiaries from significant deductions that will lower overall tax liabilities. The larger question is what long-term impact these lower rates (for both C and S-Corporations) may have on A/E firms. Some are predicting a rise in business start-ups as well as additional reinvestment in existing practices, and a windfall of higher post-tax earnings may initiate stalled internal transition plans.

Dave Sullivan, National A/E Tax and Advisory partner at DiCicco, Gulman & Company, doesn’t see a negative impact on future M&A activity from the new tax law, but he also doesn’t see anything that would necessarily accelerate it. For sellers, capital gain rate changes are not impacted, and ordinary income rates are generally lower across the board.