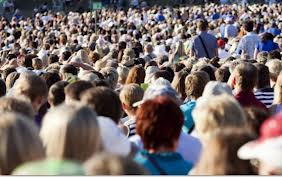 CitySourced, an enterprise civic engagement platform, announced the launch of ZenFunder, at the 2013 LAUNCH Festival in San Francisco. ZenFunder is a revolutionary civic crowdfunding platform that allows citizens and the government to collaboratively fund local community improvement projects.

Anyone can propose a new project on ZenFunder. Once the project reaches a minimum funding threshold, it is reviewed by city government to ensure the project is in accordance with local requirements. Once approved, the project is promoted and funding is crowdsourced. The local government and corporate sponsors can also contribute funds.

“ZenFunder is the next step in our evolution towards bringing together residents and municipalities to create meaningful change in local communities. By harnessing technology we’ve created a platform where residents can initiate community projects, raise funds, and create direct impact on their communities. At the same time, the government is able to oversee these public crowdfunded projects while also benefiting from outside funding sources,” said Jason A. Kiesel, Founder and CEO of CitySourced.

ZenFunder is different from other crowdsourcing platforms. It allows cities, elected officials, and neighborhood councils to participate without being charged any processing fees, ensuring that 100% of tax money can be contributed to funding projects.

CitySourced is offering both a free version and a premium version, which includes more robust management tools. For a limited time, all setup costs are waived for mayors, city managers, and local leaders who sign up by May 1, 2013. San Jose’s Councilman Pete Constant is the first customer to sign up for the ZenFunder platform and has several active projects eligible for funding.

CitySourced is an enterprise civic engagement platform. CitySourced empowers municipalities by allowing residents to report back problems in their communities directly using our simple, free smartphone application. Beyond reporting problems, our civic crowdfunding platform, allows anyone to raise funds for community projects in partnership with the supporting municipality. Our service makes municipalities more efficient, more responsive, and capable of accomplishing more with fewer resources.