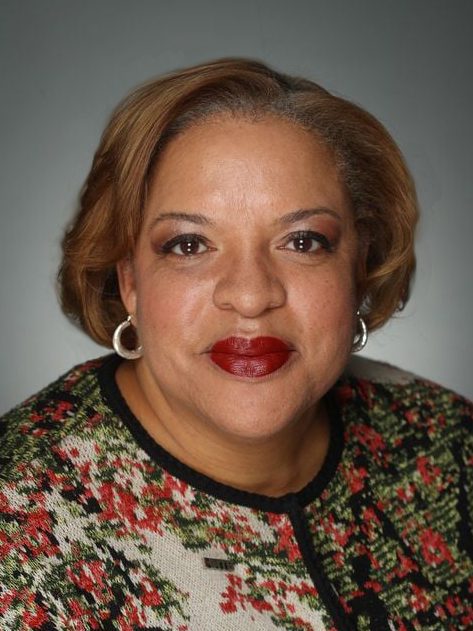 CHICAGO – Kimberly Slaughter has joined HNTB Corporation as transit/rail market sector leader. She brings 30 years of comprehensive experience in transportation and public transit. Slaughter is based in HNTB’s Chicago office and will work with transit clients across the country.

“Kimberly is a well-respected and widely recognized transportation leader who is actively engaged in the industry in many areas,” said Doug Mann, FASLA, HNTB corporate development president. “Kimberly is a critical leader in the transit industry, has a strong understanding of the transit clients and properties in the United States, and tremendous command of the project development process.”

Prior to joining HNTB, Slaughter worked with another consulting firm as central region transit market sector director. Before holding that position, Slaughter worked for the Metropolitan Transit Authority of Harris County in Houston, where she held several positions, including senior vice president of service design and development, and associate vice president of planning.

Throughout her career, Slaughter has been appointed to several professional association boards and committee leadership positions. She currently serves as the American Public Transportation Association’s chair of the Planning Policy and Program Development Committee and is on APTA’s board of directors. She also is a graduate of the prestigious Leadership APTA program. In addition, she is the first vice president of the Conference of Minority Transportation Officials, Chicago chapter and serves on the national organizing committee for the annual Women Who Move the Nation breakfast. She is a member of WTS International and was named 2012 Woman of the Year by its Houston chapter.

Slaughter holds a Master of Science in Community and Regional Planning and a Bachelor of Arts in Government from the University of Texas at Austin.

With Slaughter’s arrival, Diana Mendes, AICP, will continue to serve as president of HNTB’s Mid Atlantic Division, working with transportation and transit clients in the region, along with maintaining her national leadership involvement with transit industry associations.

HNTB Corporation is an employee-owned infrastructure firm serving public and private owners and contractors. With more than a century of service in the United States, HNTB understands the life cycle of infrastructure and addresses clients’ most complex technical, financial and operational challenges. Professionals nationwide deliver a full range of infrastructure-related services, including award-winning planning, design, program management and construction management. For more information, visit www.hntb.com