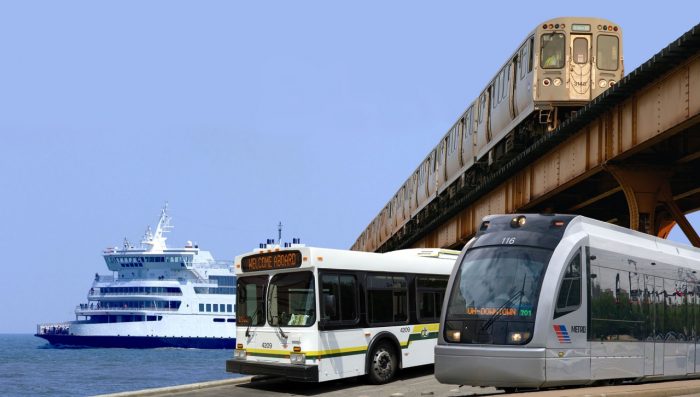 Did you know that Americans took 10.2 billion trips on public transportation in 2016 and that transit ridership has increased 26 percent during the last 20 years?

These facts come from the National Transit Database (NTD), a trove of statistics and information about public transportation in the United States. Established by Congress in 1974, the NTD is the nation’s primary source of publicly available data on transit systems across the country. The Federal Transit Administration (FTA) manages the NTD and uses the data to allocate Federal funds. In addition to FTA, a variety of groups and individuals use the database, including state and local governments, researchers and students, the media, and industry associations.

The NTD provides answers to a range of questions about transit, from the most general to highly specialized. For example:

Question:  What forms of public transportation do Americans use?

According to the data, Americans most commonly ride the bus, but they also ride subways, light rail, bus rapid transit, monorails, aerial tramways, cable cars and ferries. Some Americans even ride a funicular or inclined plane, which is a railway operating on a steep slope and powered by moving cables. Pittsburgh’s “Incline” is the oldest funicular in the U.S., built in 1870.

Question:  How are advances in technology affecting bus operations?

Answer from the NTD:  There has been a growing trend toward buses that run on advanced technology, and the number of public transportation vehicles powered solely by electric battery has increased 210 percent since 2010.

Transit agencies and providers are required to report data to the NTD if they receive formula grants from FTA. The type of data required varies according to the size of the transit agency, as well as the modes it operates and the funding it receives. FTA offers training to help transit agencies understand how to report their data.

FTA uses data from the NTD to distribute federal funds to transit agencies according to formulas set by Congress that are based on ridership and population.

The NTD is available here on FTA’s website, along with instructions for use. We encourage you to use it to better understand public transportation in the U.S.