/ News / Vectorworks, Inc. Unveils the Benefits of AR Through Its Nomad Mobile App for iOS

Vectorworks, Inc. Unveils the Benefits of AR Through Its Nomad Mobile App for iOS 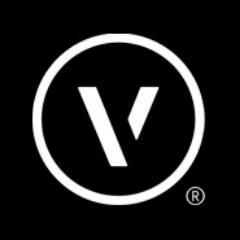 Columbia, MD (January 16, 2018)—Augmented reality (AR), which superimposes a computer-generated image on a real-world view, is now available for consumer mobile devices, making immersive and compelling viewing available to everyone. In response to the fast-moving development of this technology, tech companies are creating new workflows. As a prime example of this, global design and BIM software developer Vectorworks, Inc. has added AR capabilities to its free Vectorworks Nomad mobile app, specifically a new viewing mode that is available on iOS devices that support Apple’s ARKit technology. While many third-party ARKit-based apps are available on the App Store, few exist for viewing CAD/BIM models. None allowed Vectorworks users to view their models in AR directly — until now.

Nomad already had a 3D model viewing mode that let the user orbit around a model or walk through a model. However, with this new viewing mode, users can view Vectorworks models at their actual size and in context with the real world to make design decisions before they are built. The AR viewing mode removes the barrier between the virtual model and the real world, helping users and clients to better understand the design at scale, as well as illustrate potential design problems and facilitate discussion about the design.

A few key benefits of the new technology that’s available to designers in the architecture, landscape and entertainment industries include:

Vectorworks users are already embracing the new AR technology. “As a must-have companion to Vectorworks, Nomad with AR represents a defining moment in working interactively with models,” said Brian Goodridge, principal at Thor Studios. “It’s a powerful tool when designing kitchens and custom cabinetry, because AR allows me to project my Vectorworks models into real-world spaces. Clients are now able to view and interact with my new kitchen designs inside their home before the cabinets are ever built.”

The new Nomad AR mode works with Apple’s new iOS 11 operating system and devices that support the ARKit. Users must have one of these iOS devices to be able to run the AR viewer:

“The Research and Mobile teams have been demonstrating prototypes of this technology in various forms internally and at public events, learning about the technology and gathering feedback,” said Alex Nicol, mobile team manager at Vectorworks. “This is the first iteration of AR for Vectorworks, and we won’t stop here. As users begin adopting the new technology, we’ll continue making enhancements based on their feedback.”

To learn more about the new AR functionality in the Nomad app, watch this video. Download the free Nomad app from iTunes.