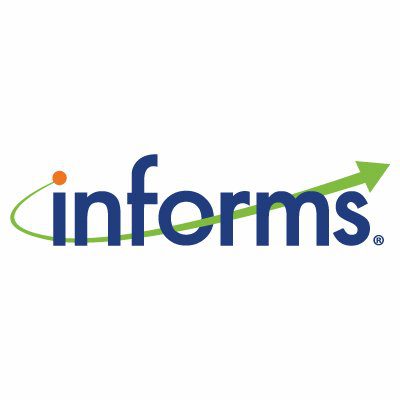 CATONSVILLE, MD – INFORMS, the leading international association for professionals in operations research and analytics, has selected six finalists for the 47th annual Franz Edelman Award for Achievements in Operations Research and Management Science, the world’s most prestigious award for achievement in the practice of analytics and O.R.

For more than four decades, winners of the Edelman Award have been recognized for transforming how we approach some of the world’s most complex problems. This year’s finalists are no exception, with revolutionary contributions to the broadcasting, health, communication, inventory management, vehicle fleet management, and alternative energy industries. In all, finalists for the Edelman Award have contributed to a cumulative impact of over $250 billion since the award’s inception.

The finalists for the 2018 Edelman Award are:

China National Petroleum Corporation (CNPC). China’s natural gas consumption has nearly doubled over the past five years. To better meet demand, CNPC, China’s largest oil and natural gas producer and supplier, partnered with researchers from the University of California, Berkeley and Tsinghua University to develop and implement a new software that optimized the country’s natural gas pipeline. Previously, all annual planning for CNPC, which controls 75 percent of the country’s natural gas resources and pipeline network, was manually conducted using spreadsheets. However, the increasing complexity and size of China’s natural gas pipeline meant the previous method had large measures of error, increasing costs and wasting resources. Since implementing its new systems at the end of 2014, CNPC has realized approximately $330 million in direct savings for CNPC, and the increased efficiency of the pipeline has enabled it to delay further pipeline expansions saving billions of additional dollars.

Europcar, the leading European car rental company that provides rental services to more than 5 million drivers annually, partnered with ACT Operations Research to create Opticar – an advanced logistics management solutions for tackling the many factors that impact the car rental industry each day, such as the need for vehicles at airports and hotels and customer requests for vehicle upgrades. The system can also anticipate future demand for Europcar’s fleet of vehicles, up to six months in advance, improving capacity management. In addition, the Opticar system enabled Europcar to optimize its approach to revenue management, providing a new, more stable pricing system for its vehicle rentals that takes into account competitor pricing, what vehicles are currently available, and expected demand for vehicles.

The Federal Communications Commission recently completed the world’s first two-sided auction of valuable low-band electromagnetic spectrum, reclaiming channels from TV broadcasters to meet the exploding demand for wireless services. The Commission purchased spectrum from TV broadcasters, sold the acquired spectrum to wireless providers, and assigned the remaining broadcasters to new channels in a smaller TV band. Operations research tools, including optimization software and satisfiability solvers, were essential to the spectrum clearing target calculations, auction winner determinations, and final TV channel assignments. The auction repurposed 84 MHz of TV spectrum for wireless use, raised nearly $20 billion in revenue, paid over $10 billion to winning broadcasters, provided nearly $2 billion for relocation costs for non-winning broadcasters, and contributed over $7 billion to reduce the federal deficit. The final channel assignments, which included all 2,900 U.S. and Canadian TV stations, enabled 78 percent of the stations to remain on their existing channels, providing an estimated savings of more than $200 million in relocation costs.

Intel, which employs more than 100,000 people in over 70 countries around the world and has an annual revenue of $60 billion, implemented a fully automated Multi-Echelon Inventory Optimization (MEIO) based inventory target-setting system managing $1 billion daily in finished goods inventory representing over $40 billion a year in sales. Algorithm-derived inventory targets at Intel are accepted by planners +99.5 percent of the time and have simultaneously driven higher customer service and lower inventory levels resulting in over $1.3 billion in gross profit since 2014. In addition, customers are delighted: since MEIO was implemented at all of Intel’s vendor managed inventory hubs in 2012, customer satisfaction has never been higher and Intel has landed in the top-10 of Gartner’s Supply Chain Top-25 every year. Faculty in the department of Business Analytics and Statistics at the University of Tennessee, Knoxville and the supply chain software company Logility also contributed to this project.

The Pediatric Heart Network enlisted researchers with the Georgia Institute of Technology to create clinical practice guidelines (CPG) for pre-, intra-, and post-surgical care of patients with congenital heart defects (CHDs), the most common birth defect, impacting nearly 1 million children and 1.4 million adults in the U.S. Substantial variances in surgical practices to treat patients with CHDs among different healthcare centers were reflected in inconsistent surgical outcomes, some of which resulted in negative consequences for patients. By studying the nine leading U.S. pediatric centers, the researchers identified seven significant factors for influencing surgical outcome, and implemented a CPG that enables patients to be removed from breathing apparatuses earlier, lowered the rate of reintubation, and decreased the time patients need to remain in the intensive care unit. These guidelines also realized a cost savings of 27 percent, which translates to $13,500 per patient.

Turner Broadcasting System, Inc., a division of TimeWarner that manages multiple popular television networks including CNN, TBS, and the Cartoon Network, developed two television audience targeting solutions that simultaneously created advertiser and sales efficiencies. TargetingNOW and AudienceNOW, released in 2014 and 2015, respectively, revolutionized media industry standards and processes by implementing integrated forecasting and optimization models to increase the demographics and reach of advertising opportunities. Currently, more than 130 advertisement deals have been executed under these new solutions representing significant ad revenue. Turner anticipates that by 2020, half its advertising inventory will be purchased through TargetingNOW and AudienceNOW, realizing ad revenue in the billions. Based on the current success of these systems, Turner is currently expanding its use of these methods to optimize other areas of media revenue management, including its programing schedules, as well as its Latin American markets.

About the Franz Edelman Award

First awarded in 1972, the prize is named in honor of Franz Edelman, who founded the Operations Research division within RCA, one of the first corporations to embed operations research as a business imperative.

Previous winners of the Franz Edelman Award include the 2017 winner Holiday Retirement, as well as UPS, IBM, Syngenta, The U.S. Centers for Disease Control and Prevention, Memorial Sloan Kettering Cancer Center, Hewlett-Packard, and General Motors, among others. The 2018 Edelman Award will be presented at the INFORMS Conference on Business Analytics and Operations Research in Baltimore, MD on April 15-17.

For more information on the Franz Edelman award, watch https://www.youtube.com/watch?v=lq0B6wnAbk0&feature=youtu.be.

With 12,500 members from nearly 90 countries, INFORMS is the largest international association of operations research (O.R.) and analytics professionals and students. INFORMS provides unique networking and learning opportunities for individual professionals, and organizations of all types and sizes, to better understand and use O.R. and analytics tools and methods to transform strategic visions and achieve better outcomes.