At the Mobile World Congress the Smart City Gets Connected 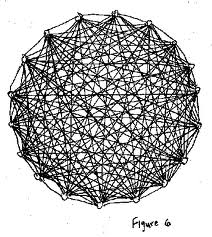 One of the biggest topics at the Mobile World Congress (MWC) this year was the “Connected City.” After all, an estimated 70% of the world’s population will be living in cities by 2050. This poses a huge social and ecological challenge for the new megacities. Mobile networks could be the answer.

By connecting intelligent objects in the Internet of Things, these networks generate loads of data that can be used by municipal governments and citizens. SAP software know-how, of course, is an integral part of that solution.

Visitors to the MWC were able to experience first-hand what life in a connected city might look like: A real city street with cafés, a hotel, cars, bicycles, and houses was set up right inside the convention hall. A connected city like this is populated with intelligent things that are fitted with sensors and connected to one another via M2M communication.

For example, there are cameras situated at many strategic points throughout this smart city. In the case of an accident, one of these cameras can notify police immediately. As a result, authorities can quickly arrive on-site and headquarters can reroute traffic centrally before a traffic jam occurs. Megacity Rio de Janeiro is already using this technology.

But you’re not left in a lurch if you decide to forego intelligent public transportation and travel with your own car instead. Navigation systems are a driver’s new best friend: Using traffic patterns generated via predictive analysis, they can direct you around any traffic jams. They can also find you a great sushi restaurant, thanks to restaurant finder apps from the App Store running on the SAP Mobile platform. And they can turn on your heating system for you on your way home, so that your apartment is nice and warm when you arrive.

Clever car owners can even save money, thanks to insurance premiums that are calculated based on driver behavior and number of miles driven.