/ Energy / Greenbyte Releases an Infographic on Renewable Energy in Spain

Greenbyte Releases an Infographic on Renewable Energy in Spain 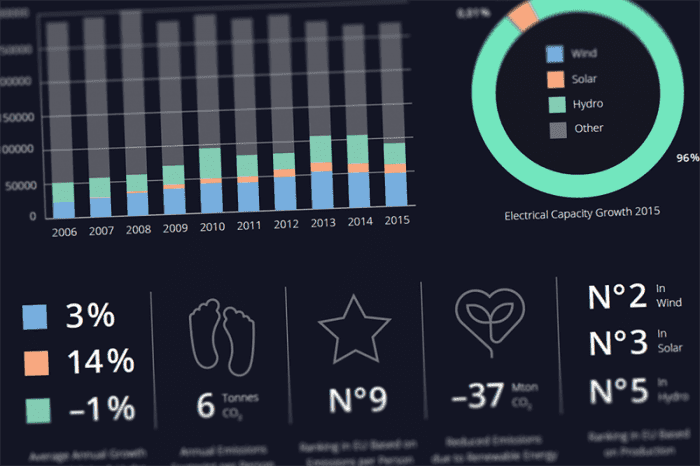 Renewable energy software company Greenbyte releases a series of infographics on renewable energy production in the European Union. After covering Germany, the UK and France, it is time to take a closer look at the renewable electricity generation in Spain.

The infographic focuses on data for wind, solar and hydro and sheds light on today’s renewable energy market as well as its evolution in Europe over the past 10 years.

“We conducted an analysis of the European renewable energy market for internal purposes and quickly realized that our findings could be of interest not only to our customers but also to the industry at large. We were impressed to discover that the country produced 91,523 GWh of sustainable clean electricity in 2015 and that nearly 100% of last year’s electrical capacity growth in Spain was due to renewable energy. These numbers are a testament to the growing importance of renewable energy sources in future energy development.” – says Fredrik Larsson, CMO at Greenbyte.

Greenbyte aims to provide the leading independent software service for the growing renewable energy industry through which renewable energy owners, operators and other stakeholders can obtain valuable insights leading to increased profit.