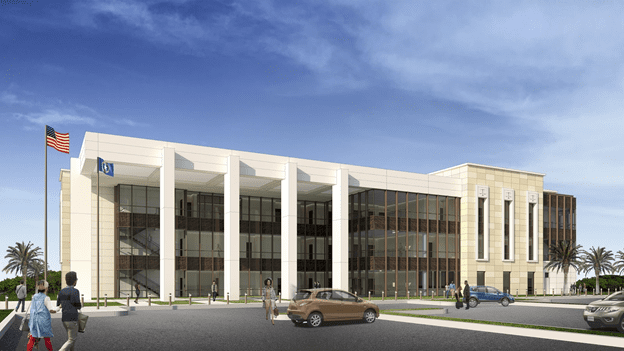 The three-story courthouse will be constructed on Gualo Rai Road, Garapan, Saipan, and will house the U.S. District Court of the Northern Mariana Islands, a U.S. Probation Office, the U.S. Marshals Service, the U.S. Attorney’s Office and the Federal Protective Service. The courthouse will include one courtroom, two judges’ chambers, a jury assembly room and office space for building tenants. 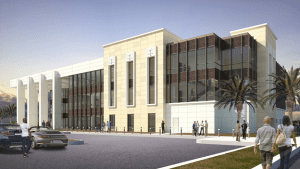 “We are very excited to see construction beginning for this new courthouse,” said GSA’s Acting Pacific Rim Regional Administrator Dan Brown. “Today’s event is a major step forward in fulfilling the judiciary’s requirement for a new courthouse in Saipan. The new facility will address long-standing security and space needs on the island. Through a lease arrangement, the Marianas Management Corporation is providing a modern facility with functional space and innovative technology to meet the operational requirements of the U.S. District Court in the Northern Mariana Islands.”

The 35,696 square-foot courthouse will meet current requirements for the judiciary’s functional and security needs. The design also incorporates innovative lighting and landscaping, energy efficient fixtures and wastewater technologies projected to realize future cost savings and conserve resources. The courthouse is scheduled for completion in summer 2019. Since 1989, the District Court has convened in the Horiguchi Building on the island of Saipan.

“We are thrilled to break ground. It is such an important milestone,” said Chief Judge Ramona V. Manglona, U.S. District Court of the Northern Mariana Islands. “We look forward to the new courthouse that will meet modern federal judicial standards and security requirements.” 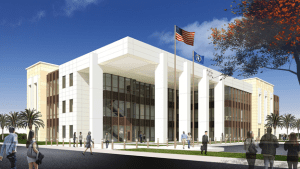 About the U.S. General Services Administration:

The mission of the U.S. General Services Administration is to deliver the best value in real estate, acquisition and technology services to the government and the American people.

About the District Court for the Northern Mariana Island: