/ Financial / Economic Impact of the Seaway

Economic Impact of the Seaway 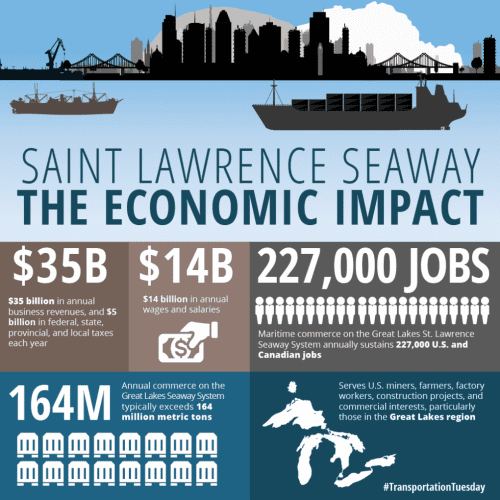 Historically, the Seaway’s contribution to America’s economic engine is undeniable. Since 1959, more than 2.5 billion tons of cargo (estimated at $375 billion) have moved to and from Canada, the United States, and 50-plus nations. Almost 25 percent of Seaway traffic travels to and from overseas ports, especially in Europe, the Middle East, and Africa.

To see more #TransportationTuesday graphics and topics, visit our webpage.