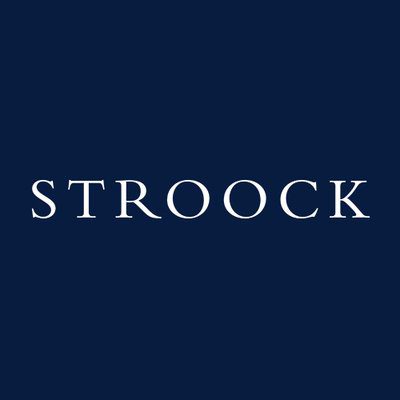 NEW YORK – Tackling policy and economic issues around a subject impacting most New Yorkers’ lives, law firm Stroock convened a lively discussion on how to make New York’s mass transit system a growth agent and economic engine for the city and region.

The forum, hosted in Stroock’s offices on November 16, was the latest in an annual series of Stroock symposia bringing together noted city officials, stakeholders and influencers to discuss issues of importance to the New York City region. The program was headlined: “New York Mass Transit’s Present and Future: A Forecast on the Impact of Our Region’s Economy.”

The program’s content could not have been timelier. As the Wall Street Journal reported the same day as the event, “The Metropolitan Transportation Authority faces a deficit of hundreds of millions of dollars in a few years unless it finds alternative sources of revenue.” The agency’s CFO projected a potential shortfall of as much as $643 million by 2021. Ironically, the Journal noted, subway and bus ridership have dropped markedly in the past year, while “New York City added almost 50,000 private sector jobs.”

Mr. Abrams noted that a healthy public transit system benefits a larger and deeper cross-section of the city’s economy: business and financial employers, entertainment and cultural venues, media and fashion companies, sports franchises, restaurants and stores, and real estate interests all depend on the smooth and consistent movement of people – and thus might be expected to financially support needed repairs and infrastructure expansion.

“Given the enormous dependence New York’s private sector has on a healthy mass transit system, we see tremendous opportunity for more public-private partnerships in this space in the coming years, not only in infrastructure improvements but in bringing new technology and other innovation to the system,” Mr. Abrams said.

In another nod to the potential for PPP initiatives, Stroock’s Mr. Moerdler said, “MTA controlled parking lots and air rights should be utilized to provide a revenue stream for assisting mass transit projects. While there is a federal responsibility to fund mass transits in urban centers around the country, in the interim the state and the city have to pick up the funding deficiencies.”

Panelists agreed that a regional planning approach to transit could help spread benefits of the city’s economic health to the suburbs, while easing the increasingly challenging commute of the growing number of city residents who work outside the five boroughs. Mass transit’s economic development role, Mr. Weisbrod asserted, obligates the MTA to be an “active proponent” of measures that stimulate growth, rather than simply a “passive recipient” of funding and political or public support.

Mr. Banks of the Real Estate Board of New York, called New York’s transit system “the lifeblood of the city’s economy” and called on statewide financial support for the MTA. “Timely and adequate funding is essential for keeping our trains and buses running on schedule and for maintaining the system’s infrastructure,” he said following the program. Congestion pricing in Manhattan is one option favored by the real estate community, he noted. “We also agree that the city should do everything it can to encourage greater collaboration with private sources of capital for more P3 initiatives,” Mr. Banks added.

Transit fares, which rose this year for the sixth time since 2008, were a central topic of the panel’s attention.  “Every time there’s a fare increase, the burden falls on the people who are least able to afford it,” said Mr. Abrams. You can’t continually have this escalation of fare increases.”

Ms. Hakim agreed, noting her board’s continual search for dedicated revenue sources. “We cannot do this on the backs of the riders, of the toll payers. That’s bad public policy.”

The panel touched on the financial repercussions of rebranding mass transit a vital service – akin to fire and police – that at least some segments of the population, such as students and those living below the poverty line, could access free of charge. Mr. Abrams pronounced himself a supporter: “Mass transit is inextricably linked to the economy and welfare of the State of New York and should be viewed as a vital service,” he declared.

Discussion covered broader issues, including whether New York’s mass transit system should be better integrated with outer parts of the metropolitan area, such as the underserved west side of the Hudson River up to Newburgh, Orange County’s largest city, 70 miles from Manhattan.

Mr. Moskowitz, whose practice focuses on land use, zoning, and public-private partnerships, raised the monetizing of MTA real estate assets as a potential source of revenue as well as a partial solution to the paucity of affordable housing. Park and ride lots were proposed as valuable real estate on which affordable housing could be built without adversely affecting mass transit infrastructure. Mr. Moskowitz called Hudson Yards as an example of the sophisticated monetizing of real estate assets: the MTA reaped $1 billion for the air rights in 2008.

Stroock provides strategic transactional, regulatory and litigation advice to advance the business objectives of leading financial institutions, multinational corporations and entrepreneurial businesses in the U.S. and globally.  With a rich history dating back 140 years, the firm has offices in New York, Los Angeles, Miami and Washington, DC. For more, visit www.stroock.com.