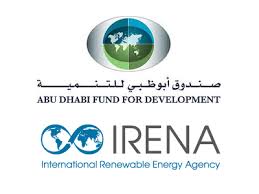 Abu Dhabi, UAE – The International Renewable Energy Agency (IRENA), in partnership with the Abu Dhabi Fund for Development (ADFD), is inviting applications for renewable energy projects in developing countries. Within the framework of the ADFD-funded US$350 million (AED1.285 billion) IRENA/ADFD Project Facility, the current funding round of US$50 million in concessional loans marks the sixth of seven annual cycles.

“In just the last few years, renewable energy has emerged as one of the most economical choices for new power generation in countries around the globe. Accelerated renewable energy deployment in developing countries expands access to energy, improves health and welfare, creates jobs and drives economic growth,” said IRENA Director-General Adnan Z. Amin. “This new funding cycle provides greater opportunity for developing countries to access low cost capital for renewable energy projects to drive the energy transformation and achieve sustainable development. The continued partnership between ADFD and IRENA connects a stable and reputable source of funding to places where it can have the most impact and where financing is one of the greatest challenges.”

For his part, His Excellency Mohammed Saif Al Suwaidi, Director General of ADFD, said: “Since the announcement of the first funding cycle of the IRENA/ADFD Project Facility back in 2014, this unique partnership has continued to support replicable, scalable and economically feasible renewable energy projects in developing countries.”

He added: “The five previous cycles have attracted a host of impressive, innovative and sustainable projects that go a long way in enhancing energy security worldwide. Following their contibution in advancing the global sustainability mandate, we are delighted to open funding for the sixth cycle and continue our journey of socio-economic growth.”

Funding from ADFD, provided through the IRENA/ADFD Project Facility, offers sustainable and affordable energy to millions of people with limited or no access to electricity. In the first four cycles, the Facility allocated US$189 million to 19 renewable energy ventures across the globe, covering up to 50 per cent of the project costs. The loan approval process saw ADFD and IRENA conduct a thorough assessment of entries in close collaboration to select projects that best fulfilled the eligibility criteria.

The ventures funded in the first four cycles will bring online more than 100 megawatts of renewable energy capacity and improve the livelihoods of over a million people through providing better access to energy. Spanning Asia, Africa, Latin America and Small Island Developing States, the projects span the complete spectrum of alternative energy sources – wind, solar, hydro, geothermal and biomass – and utilize a wide range of systems, such as hybrid, off-grid, mini-grid and on-grid including backup storage.

The projects selected for the fifth funding cycle will be announced in January 2018.

IRENA is mandated to be the global hub for renewable energy cooperation and information exchange by 153 Members (152 States and the European Union). 27 additional countries are in the accession process and actively engaged. IRENA promotes the widespread adoption and sustainable use of all forms of renewable energy, in the pursuit of sustainable development, energy access, energy security and low-carbon economic growth and prosperity. www.irena.org

Abu Dhabi Fund for Development is a national organisation owned by the Abu Dhabi government. Established in 1971, its purpose is to help emerging countries by providing concessionary loans to finance sustainable development projects alongside other long-term investments and direct contributions. In addition, the Fund manages government grants offered by the Abu Dhabi government and monitors the course of the relevant projects. To date, it has invested around AED80 billion in development projects across 84 countries.