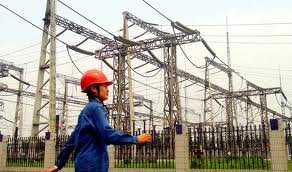 Driven by increasing shares of renewable energy in the electricity generation mix and by the need to update aging grid infrastructure, global investment in “smart grid” technologies rose 7 percent in 2012, totaling $13.9 billion worldwide, according to new research conducted by the Worldwatch Institute for its Vital Signs Online service. Despite a slight decline in investments, the United Sates maintained its position as a leader in smart grids, followed closely by China, writes report author Reese Rogers.

A smart grid is an electricity network that uses digital information and communications technologies to improve the efficiency and reliability of electricity transport. The increasing use of highly variable energy resources requires sophisticated control systems to facilitate their integration into the electricity grid.

The decline in U.S. investments in 2012 was due in part to the expiration of federal funding programs initiated under the American Recovery and Reinvestment Act in 2009. At the start of 2012, utilities had installed 37 million smart meters, covering 33 percent of American households. Current plans by utilities should result in 65 million units installed, covering 57 percent of American households, by 2015.

“Smart meters are just one of the many technologies involved in smart grid infrastructure,” said Rogers, a MAP Sustainable Energy Fellow Worldwatch’s Climate and Energy Program. “These electronic measurement devices gather data on energy usage and provide two-way communication with the utility for efficiency and accurate billing purposes, enabling regulatory mechanisms such as time-of-use pricing to be introduced.”

China’s rising investment in smart grid technologies stems from its plans to update its poorly designed and inefficient transmission system, and China is poised to surpass the United States in smart grid investment in 2013. Other countries in Asia are also investing in smart grid technologies and deployments. South Korea, as of February 2012, had deployed smart meters to fewer than a million households, or roughly 4 percent. And Japan is already home to one of the most efficient electricity grids in the world, with distribution losses averaging 4.9 percent over the period 2000 to 2010.

In the European Union, Electricity Directive 2009/752/EC mandates member states to deploy smart metering systems in 80 percent of households by 2020, where cost-benefit analyses of smart meters are positive. Progress varies from country to country, but as of 2011 an average of 10 percent of European households had smart meters installed.

Smart grid investment in Latin America remains generally low. Brazil is an exception, investing $240 million in stimulus funds in 2010. At the end of 2012, Brazil formalized a regulatory framework for smart grid deployment.

Grid-scale energy storage technologies are another important aspect of evolving grid networks, providing an alternate or complementary solution for the integration of variable renewable energy into the grid. They are gaining traction as larger-scale projects are beginning or are planned for the near future. The next few years will see numerous smart grid deployment projects and advances in energy storage markets, the success of which will surely influence the respective paths of each technology’s development.

Further highlights from the report:
The State Grid Corporation of China has a three-phase plan to invest $601 billion in transmission infrastructure, with $101 billion slated for smart grid technology, through 2020.
The United Kingdom plans to begin nationwide installation of smart meters in 2014, with the intention to install these meters in all households by 2019.
There were 714 grid-scale energy storage projects worldwide in 2012 in varying stages of operation or development—-roughly a 19 percent increase in the number of projects from the previous year.
—-END—-
Notes to Editors:
For more information and to obtain a complimentary copy of “Smart Grid and Energy Storage Installations Rising,” please contact Supriya Kumar at skumar@worldwatch.org.

About the Worldwatch Institute:
Worldwatch is an independent research organization based in Washington, D.C. that works on energy, resource, and environmental issues. The Institute’s State of the World report is published annually in more than 15 languages. For more information, visit www.worldwatch.org.

About Vital Signs Online:
Vital Signs Online provides business leaders, policymakers, and engaged citizens with the latest data and analysis they need to understand critical global trends. It is an interactive, subscription-based tool that provides hard data and research-based insights on the sustainability trends that are shaping our future. All of the trends include clear analysis and are placed in historical perspective, allowing you to see where the trend has come from and where it might be headed. New trends cover emerging hot topics—-from global carbon emissions to green jobs—-while trend updates provide the latest data and analysis for the fastest changing and most important trends today. Every trend includes full datasets and complete referencing. Click here to subscribe today to Vital Signs Online.