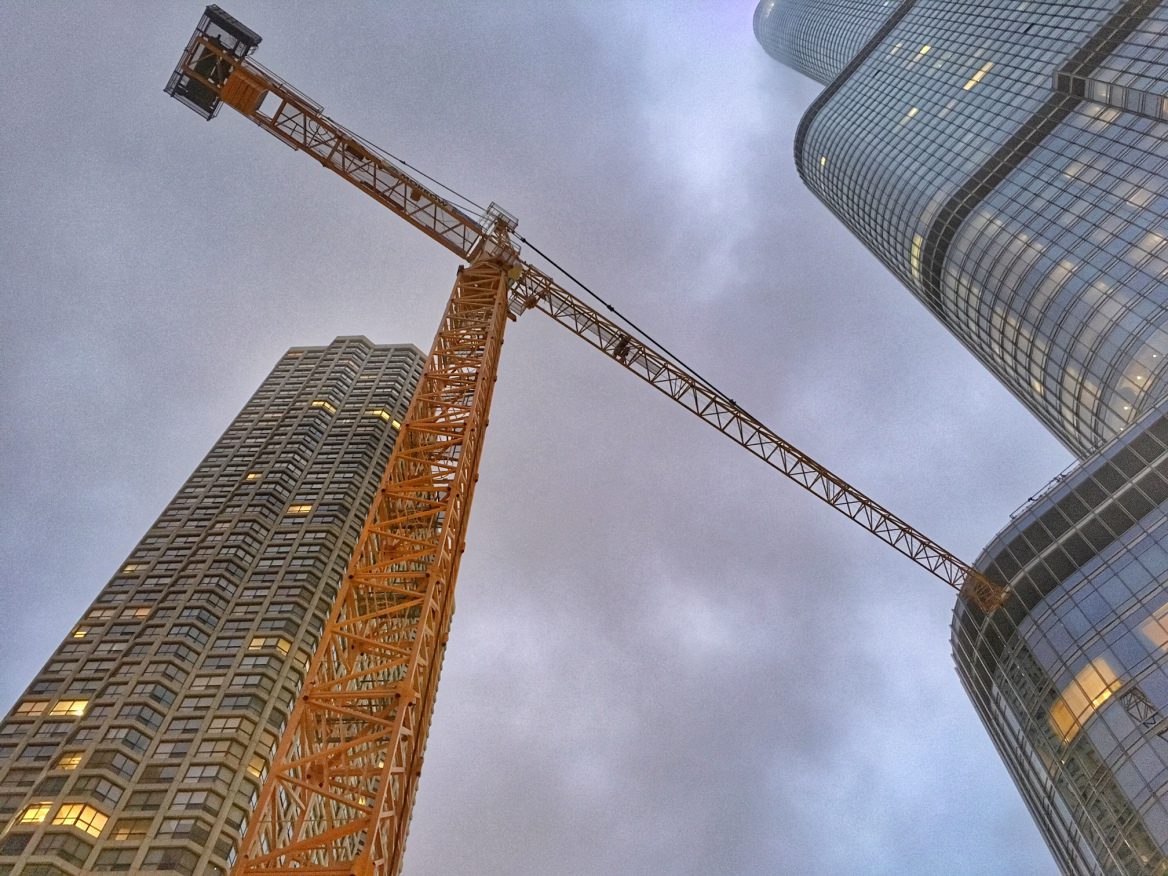 Chicago’s 60th tower crane of 2017 is up and lifting at Renelle on the River.

The Big 6-0 is on the board, as Chicago’s 60th tower crane takes to the skies at Renelle on the River, at 403 North Wabash in River North. If you want to count backwards, Home@ Suites, also in River North at 110 West Huron, was #59. The Van Buren, at 808 West Van Buren in the West Loop, came in at #58 last month. And 210 North Carpenter, another West Loop project, was Chicago’s 57th crane of the year when it went up.

*60 cranes. That’s a big year for tower cranes. And with the stub Hayden West Loop planted in the ground at 1109 West Washington, #61 will be added to the count very soon. Two other cranes have permits: 3833 North Broadway, where we expect a stub to be planted around Thanksgiving; and The Bentham, at 146 West Erie, which doesn’t have a construction permit yet.

*I am not counting the derrick crane at Simpson Querrey.