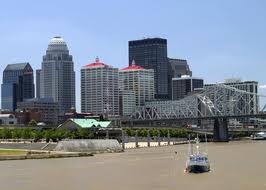 Living Cities, a national collaborative of 22 of the world’s largest foundations and financial institutions that works to improve the lives of low-income people and the cities where they live, has selected Louisville as its partner city to explore new ways to increase and encourage civic engagement with urban millennials living in poverty.

“We are honored that Living Cities has chosen Louisville to partner in some pioneering work in the area of engaging a specific population,” Mayor Greg Fischer said. “We are carving out a new opportunity to reach young adults through new technology, reach these hidden leaders and help give them a new voice in our community.”

The team will be in Louisville at the beginning of March to kick off this process, which will run through the end of 2013.

Living Cities and OpenPlans, its technology partner, will work with city officials, community leaders and residents, and other stakeholders to develop and deploy a new technology tool that will encourage increased civic engagement between the city and low-income millennials. The work will be done in tandem with the city’s Vision Plan, which seeks to guide future development and investment while emphasizing growth, authenticity, preservation, sustainability, and quality of place.

Over the past year, Living Cities has been working to better understand the potential for tech to deepen the relationship between local governments and their low-income residents. Many traditional mechanisms for engagement around planning (e.g., planning meetings) tend to reach small numbers of people who are not representative of low-income communities as a whole.

“Technology is one critical tool in reimagining the relationship between citizens and government, and we want to help make sure that ‘civic tech’ is harnessed in a way that benefits low-income people,” said Ben Hecht, President and CEO of Living Cities. “This project will help us better understand how to connect low-income communities to city planning processes, and we’re pleased to have Mayor Fischer and Louisville hosting the work.”

Living Cities and Louisville will work to make the new technology “portable” for use in other cities, and will “open-source” the process by sharing results and learnings on an ongoing basis.