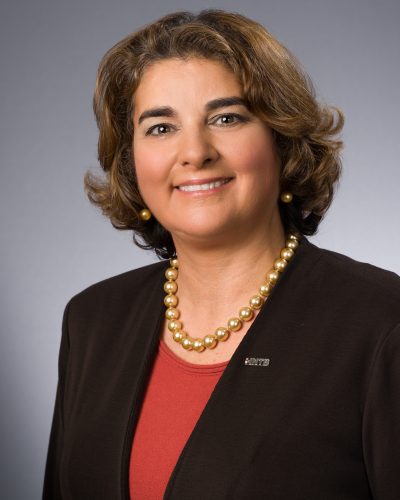 “HNTB has a long and successful history with APTA. I am honored to be elected by APTA’s diverse membership to support the organization’s mission of strengthening and improving public transportation,” Mendes said.

The election of Mendes marks the first time in APTA’s 135-year history that the chair of the Legislative Committee is from a private-sector firm, such as HNTB.

According to APTA, the Legislative Committee is responsible for developing consensus recommendations about federal legislative activity, including transit authorization legislation, annual appropriation legislation, Administration initiatives and regulatory matters. The Executive Committee is comprised of individuals who are elected by APTA members to act on behalf of the full APTA Board of Directors, when the full board is not in session.

As president of HNTB’s Mid-Atlantic Division, Mendes oversees six states and the District of Columbia. In her role as national transit/rail practice leader, Mendes is responsible for strategic planning and implementation, industry representation, business development, service delivery and client satisfaction. She is based in the firm’s Arlington, Virginia, office and works with clients across the country.

In addition to APTA, Mendes is active in a number of professional associations, including the National Transit Institute and the American Planning Association. She regularly speaks at a wide variety of conferences, including Women’s Transportation Seminar, Transportation Research Board, Rail~Volution and the Conference of Minority Transportation Officials. She has delivered more than 40 presentations to share results of her project work and research.

HNTB Corporation is an employee-owned infrastructure firm serving public and private owners and contractors. With more than a century of service in the United States, HNTB understands the life cycle of infrastructure and addresses clients’ most complex technical, financial and operational challenges. Professionals nationwide deliver a full range of infrastructure-related services, including award-winning planning, design, program management and construction management. For more information, visit www.hntb.com.