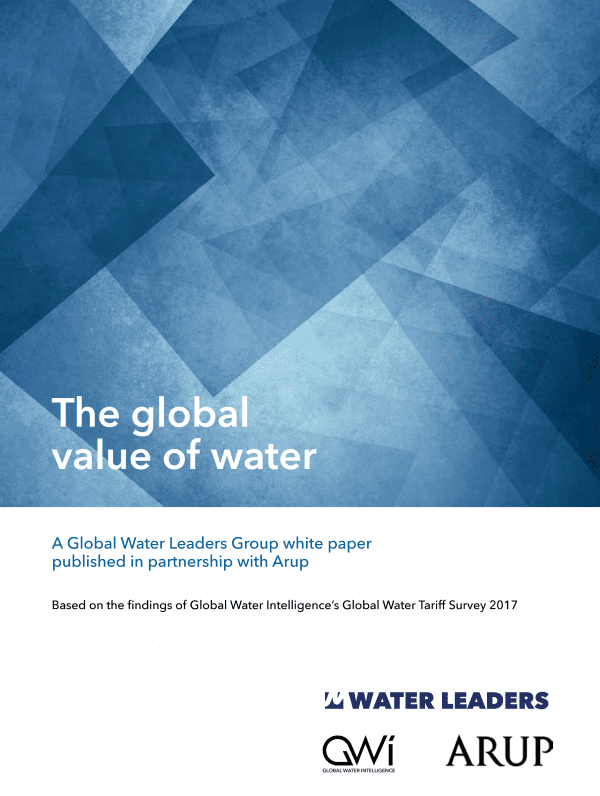 The results of Global Water Intelligence’s 2017 Global Water Tariff Survey, published last month, have revealed that water and wastewater tariffs rose by 3.91% on average across 385 cities between July 2016 and July 2017, more than two times the global inflation rate.

The results were released in a new White Paper entitled The Global Value of Water, published by GWI and the Global Water Leaders Group (GWLG) in partnership with Arup, and featuring commentaries from GWLG members and Alexander Danilenko, Senior Water and Sanitation Specialist at The World Bank.

The survey also recorded water and wastewater tariffs in 67 new locations for 2017, bringing the total number of cities included in the 2017 survey up to 452.

Portland, Oregon was found to have the highest combined tariff out of the 452 surveyed cities ($8.00/m3), whilst Denmark emerged as the country with the highest average water costs, with an average combined tariff of $7.07/m3 across the Danish cities included in the survey.

The survey results show a marked change in tariff trends across the world. For the first time, urban residents in the US pay more on average for their combined water and wastewater services, than city-dwellers in Western Europe. A constant compound annual growth rate of 5% for the last 5 years in the US has taken rates to $4.09/m3, 20 cents more than in Western Europe.

Christopher Gasson, Publisher of GWI and co-author of The Global Value of Water commented “With the global increase by 3.91% reported this year, we are certainly moving in the right direction”. He added; “however, as many of the experts contributing to the White Paper have argued, tariffs need to double. With each year that passes, it becomes more clear that the water industry can only save itself if it can pay for itself.”

The White Paper points to rising operating costs and a pressing need to upgrade and expand infrastructure as the main reasons behind the tariff hikes recorded around the world.

The need to replace ageing infrastructure in the US for example, produced by a lack of investment in recent years is pushing prices up. US cities such as Pittsburgh, Denver, Los Angeles, and Indianapolis experienced more than 10% increases in their combined water and wastewater tariffs in 2017 due to this issue.

Residents in Sub-Saharan Africa also saw their rates climb due to increasing costs. In South Africa, rates increased by around 20% in Johannesburg and in Cape Town, after the elimination of the free first 6m3 water block, and the desire to put the collected revenue towards the City’s water-related projects for the maintenance and upgrade of infrastructure.

In addition, residents in Maputo (Mozambique) or Lusaka (Zambia) are also experiencing tariff increases due to rising costs related to higher prices of electricity and chemicals encouraged by high inflation rates.

In India meanwhile, residents also experienced increases due to rising operating and power costs. Inhabitants in Aurangabad and Jodhpur saw a 10% rise in their combined bills in 2017. However, the survey found that the South Asia region is still the cheapest place to buy utility water, with combined tariffs of just $0.14/m3 compared to a global average of $2.06/m3.

The Global Value of Water and The Global Water Tariff Survey are available as part of a subscription to GWI Magazine, visit www.globalwaterintel.com/gwi/tariffsurvey