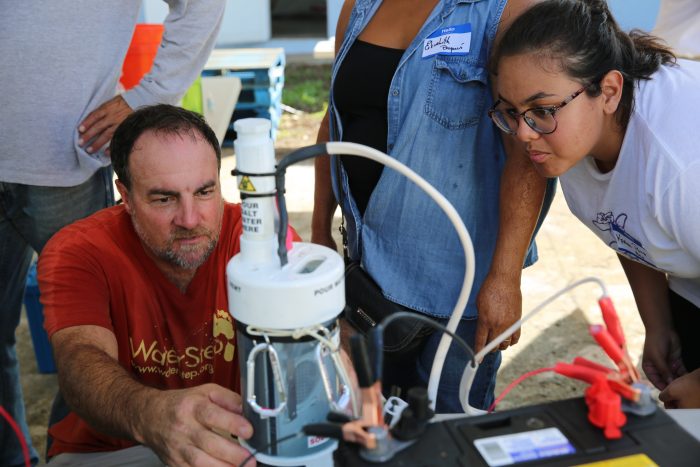 Louisville-based WaterStep is currently on the ground to help, arriving October 10th in the town of Vega Alta to provide water purification systems in 22 hard-hit and remote municipalities. WaterStep is working with the National Puerto Rican Leadership Council Education Fund (NPRLCEF) to conduct training sessions over the next few days to teach response workers how to install and operate the equipment. The ultimate goal is to install water purification systems in all 78 municipalities, bringing safe water for thousands until water systems can be repaired.

On the first day of training, dozens showed up from municipalities in hard-hit areas. As they learned how to purify water, officials from General Electric Appliances and local media visited the site. So far, the WaterStep effort has drawn an outpouring of support from the community, including volunteer translators.

WaterStep, headquartered in Louisville, KY, is a 501(c)(3) nonprofit organization that believes everyone should have access to safe water and that no one should suffer from waterborne illnesses. WaterStep implements water projects and equips people with tools and training in water purification, disaster relief, sanitation, health education, and well repair. Since its founding in 1995, WaterStep has brought safe water to people in over 40 countries. To learn more, call (502) 568-6342 or visit waterstep.org.