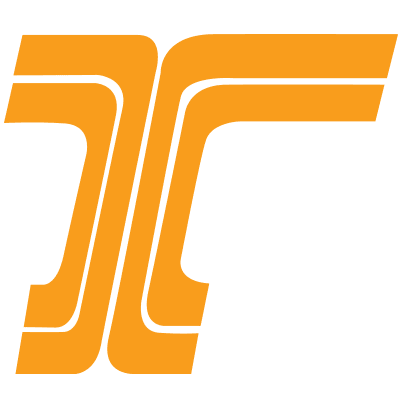 SALEM, Ore. – The U.S. Department of Transportation last week awarded Oregon a grant of $2,315,000 to enhance Oregon’s existing road usage charge program (OReGO), as well as a $2,590,000 grant to implement a joint project with California that will integrate the states’ road charging programs. Both grants will help expand the state’s understanding of the technology used in the OReGO program and its ability to support local, state, regional and even national transportation funding needs.

“The principal method of funding the road system—the fuels tax—is not sustainable in the long-term because of the much-improved efficiency of vehicles,” explained Maureen Bock, OReGO Program Manager. “Economists expect this trend to continue and for the gap in road funding to get much worse over the next several decades. An alternative to the gas tax is needed to ensure all drivers pay their fair share of road costs.”

ODOT successfully launched OReGO July 1, 2015. The fully operational system is functioning effectively with 1,404 vehicles enrolled to date. In creating the program, Senate Bill 810 (2013) authorized ODOT to assess and collect a charge of 1.5 cents per mile for up to 5,000 vehicles. OReGO volunteer drivers receive a fuels tax credit while enrolled.

The first OReGO grant will support testing of three options for adapting road charging to local jurisdictions. In most states, counties and cities levy a local-option fuels tax. These taxes are then remitted back to the local government for their use. More than ever, local jurisdictions need different revenue sources to maintain their roadways as roads age and the population of Oregon grows, increasing congestion and wear and tear.

While OReGO demonstrates that road charging works for the state, it remains unproven at the local level. Better understanding of OReGO’s technological capabilities may provide local jurisdictions with alternative funding options.

How local area road charging technology will be tested

ODOT will examine three local road usage charge options with up to 500 volunteer participants each. Each option will explore technical feasibility of various local per-mile scenarios such as: geo-fencing a city or county for additional per-mile rates during specific travel times; and, incentivizing freeway corridors during certain times of day for longer through trips.

The test scenarios will launch in 2019 in the Portland metropolitan area and run concurrently for one year. The tests will illuminate whether the OReGO system can handle local option road usage charges, and provide some insight as to whether different pricing scenarios inspire drivers to plan their trips differently.

With the second grant, RUC West—a consortium of 14 western states—will demonstrate a regional system between member states Oregon and California, creating a platform that other states may join as they become ready. The demonstration will provide a starting point for potential future nationwide adoption and implementation. The pilot is expected to go live with volunteer drivers in 2019.

California’s road charge program launched July 1, 2016 and concluded March 31, 2017. Oregon’s program (OReGO) launched July 1, 2015 and continues to operate. Testing interoperability of these two inaugural systems is the next step in developing road usage charging as a viable transportation funding alternative across the country.

A successful regional pilot will demonstrate that the program, in context of a coordinated road charging system, can accommodate other states’ requirements, processes, systems, rates, and laws. With this agility, road usage charging can expand to include more states and eventually the nation. Further, the pilot will demonstrate that two funding mechanisms—road usage charging and fuels tax—can operate together seamlessly without double-taxing the driver.

As vehicles become more fuel efficient, they buy less fuel and pay less fuel taxes—which go toward maintaining and building roads and highways. Oregon’s Senate Bill 810 (2013) was the first legislation in the U.S. to establish a new, alternative system for state transportation funding. The bill authorized ODOT to assess and collect a charge of 1.5 cents per mile for up to 5,000 vehicles and issue a fuels tax credit to those participants. OReGO launched July 1, 2015 with more than 1,400 vehicles enrolled to date. Learn about OReGO, sign up for the interest list, enroll as a volunteer driver and more at myOReGO.org.