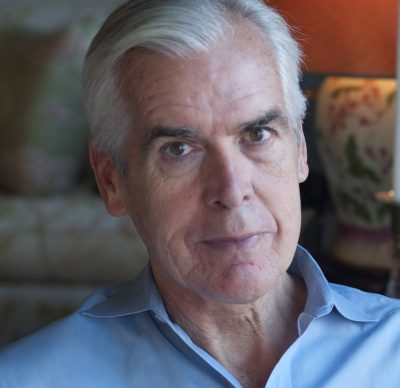 Philip K. Howard, chair of not-for-profit Common Good, is a lawyer who is actively involved in shaping public policy. In addition to writing several books during his career, he recently wrote a report, “Two Years, Not Ten Years: Redesigning Infrastructure Approvals,” which shows that a six-year delay in starting construction on public projects costs the nation more than $3.7 trillion, including the costs of prolonged inefficiencies and unnecessary pollution.

If Howard could change anything about the infrastructure process, it would be what he calls “Little Authority,” or the lack of authority at the point of implementation.

“We’ve created all the bureaucratic and legal structures that don’t let anyone have the freedom to actually do their jobs,” notes Howard. “The change that’s needed more than any other is to dramatically simplify these legal structures, so people can take responsibility to get things done.”

Howard is very passionate about his desire to “cut red tape,” having written several books with topics along those lines in the last 20-plus years. He’s also advised several U.S. presidents, including Bill Clinton, George W. Bush and Donald Trump.

Howard created Common Good 15 years ago, and it’s dedicated to one simple idea: nothing happens that’s any good unless a human makes it happen.

“You have to restore the ability of teachers and doctors and people in the White House to actually make decisions, to make things happen and get things done,” he adds.

According to Howard, Common Good designed a new system of medical justice to fix the medical malpractice problem in a partnership with the Harvard School of Public Health. It also helped restore the authority of teachers to maintain order in the classroom in New York City.

In terms of infrastructure, “We have this initiative to cut infrastructure red tape and propose legislation—all of three pages long—that would reduce permitting time from a decade to a year or two at most for large infrastructure projects,” notes Howard.

Howard believes that U.S. infrastructure is in “pathetic shape,” noting several studies and reports that have highlighted or “graded” the poor condition of roads, bridges, dams and other crucial pieces of infrastructure.

“It’s very important that, as a society, we marshal the resources and bulldoze through red tape, so we can start fixing all these categories,” he notes. “The upside is huge. You not only get a lot of jobs during the construction period, but at the end of the day, after some disruption, you’ve dramatically improved America’s competitiveness, because you save a lot of money when you aren’t stuck in traffic jams.”

He also believes that the process of implementing and approving infrastructure is in disarray and is a major detriment to facilitating new and improved projects.

“Currently, the way to resolve disputes among agencies over permitting is a 16-agency council, which has to meet to resolve the dispute,” he notes. “It would take half a year just to schedule the meeting and then nobody is going to agree, because that’s not what they do in Washington. The current situation is like so many hamsters on a wheel in a cage, it just goes round and round. Nobody decides anything.”
The Gateway Project

A major example of the type of project Howard hopes can be implemented more efficiently is the Gateway Project, an approximately $25 billion project to modernize and expand the capacity of the passenger rail lines going into New York City from the south, from Washington, D.C. The project involves repairing and expanding the capacity of some 100-year-old bridges and lines, because all these lines converge in New Jersey before they get to Manhattan.

He explains that the current rail tunnels were built 107 years ago, and they were damaged by Super Storm Sandy, so they occasionally have to close down unexpectedly, causing massive disruption.

“It’s absolutely critical to get this project built as soon as possible before those tunnels are in even worse shape,” says Howard. “Once Gateway is built, then they’ll be able to close down the two existing tunnels to fix them. Then you’ll have a double capacity of rail lines coming into Penn Station in a decade.”

According to Howard, construction costs go up a little more than 5 percent per year, and some of that’s just the inflation of delayed building. A six-year delay then would cost 30 percent more, plus the compounding interest. This does not include the opportunity costs for not doing a project on a timely basis.

“If you add all those things up, which environmental review statements typically do, it ends up being on average about 1.8 to 3.4 times the original cost,” he adds.