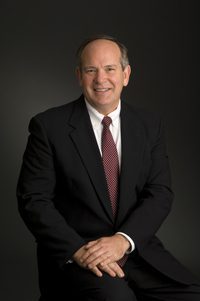 Dr. Miller was professor of construction management as well as civil and environmental engineering at MIT. He is an elected fellow of the American Bar Association and the American College of Construction Lawyers. He is managing member of Ironside Strategies LLC, a consulting firm focused on bringing practical business, legislative and contract solutions to public infrastructure needs, and Ironside Law Group LLC, providing project-specific legal advice. He also is founder and president of nonprofit Barchan Foundation Inc., which aims to provide a common understanding of how public infrastructure projects are being delivered and financed across the world to promote “best practices” in transparency, competition and procurement.

Contrary to many public expressions of the poor condition of U.S. infrastructure, Dr. Miller believes the United States still has the greatest infrastructure networks in the world.

“Because we have such an open system, what can be imagined can be built,” he notes. “The last time I looked, America had 90 percent of the world’s airports. We’re so far ahead in many ways compared to every country in the world. It’s very extensive. It’s very good.”

That said, he does agree with the assessments indicating that many assets are in a current state of disrepair and need to be improved, but he believes those are “delivery issues” related to waiting too long to fix problems, like waiting too long to get your car’s oil changed. The technology and will are there, the country just needs to adopt new policies and delivery options to better maintain its assets.

Miller believes the greatest return on investment and improvements in value can be met in “core infrastructure networks” that have been around for decades and likely will remain for decades more, such as the San Diego Navy Base or major interstate highways.

“We know we’re going to take care of them; we know we need them; and we should be thinking differently about them,” he says. “We need to move to a lifecycle thought process for those pieces of core infrastructure.”

For core infrastructure, he notes, developers think over too narrow a time horizon. Instead of planners and designers thinking about, “how are we going to design something,” they should be thinking about “how is it going to be designed, built and maintained for the next 35 years.”

We should be hiring designers to design and build while looking at future operations and maintenance costs. That’s not within the remit being assigned to designers and planners. Consequently, when pieces of infrastructure get out of repair, funding cycles must be revisited to obtain maintenance money.

Miller’s approach to infrastructure involves two basic elements. First you need to open up procurement models so if repair is needed, there has to be an easy way to do that. And it has to be available to public entities quickly.

The second piece is that the contracting models have to be able to work over long periods of time. For example, when Terminal One at JFK Airport was being replaced about 10-15 years ago, the Port Authority of New York and New Jersey put that out for a concession over 35 years, and they used the future income stream from that terminal as a way to finance the complete rebuild, design, build and operations of the International Terminal at JFK.

Another example is Canada’s Northumberland Bridge between Prince Edward Island (PEI) and New Brunswick. They were able to look back over the prior 30 years for what they had spent running ferry services between New Brunswick and PEI, and then they were able to use that as a business case for evaluating whether a bridge would save money, resulting in a 35-percent lifecycle cost savings for that bridge.

“If you allow designers from the very beginning to look across the design and construction periods as well as have responsibility to look at it as a long-term operations and maintenance (O&M) period, then the designer makes different decisions about ease of maintenance,” notes Miller. “Does it make more sense to spend more money on materials early, because you save money on the O&M side?”

Save 35 Percent in Avoidable Costs

When Miller was at MIT, he had grad students and research funding, and they regularly found 35-40 percent savings when large, long-term infrastructure projects were put out for competitive pricing. Two of his main recommendations for infrastructure developers are “open procurement” and what he calls “enterprise risk management (ERM)” practices, which help get the right money to the right place at the right time.

“It’s only by thinking about the next 35 years for those core infrastructure facilities when can you squeeze out up to 35 percent in avoidable costs,” he adds.