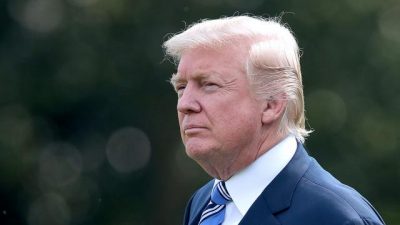 President Trump’s legislative affairs team met with a small group of House lawmakers at the White House on Thursday morning to discuss the administration’s plan for rebuilding U.S. infrastructure.

Two Democrats and three Republicans attended the meeting, including two members who sit on the Transportation and Infrastructure Committee. The panel is expected to be a key player in Trump’s $1 trillion rebuilding proposal, which has yet to be released.

The administration is also hosting an infrastructure briefing Thursday evening with state transportation officials, industry groups, union representative and other stakeholders. The event will be lead by Transportation Deputy Secretary Jeffrey Rosen and policy adviser D.J. Gribbin, according to a White House spokeswoman.

Rep. Cheri Bustos (D-Ill.), one of the lawmakers invited to attend the White House’s Thursday morning meeting, said she presented the administration with bipartisan ideas aimed at improving rural infrastructure.

“I urged the White House to put partisan politics aside and come forward with a responsible and robust infrastructure plan that will create a better future for rural Americans,” Bustos said. “I was pleased to have this opportunity and hope that it is the start of a productive conversation about how to make real, positive change in the lives of working families.”

The flurry of infrastructure meetings comes as lawmakers and stakeholders have been pressing the administration for more details about Trump’s long-awaited infrastructure package.

The White House outlined a brief sketch of Trump’s infrastructure vision in his budget request earlier this year, vowing to release more details in the third quarter or early fall. The administration has yet to release any further guidance on the plan, though some lawmakers are hoping it will come soon.

“We’ve seen their outline, but that’s continuing to be adjusted,” Rep. Bill Shuster (R-Pa.), chairman of the House Transportation and Infrastructure Committee, told reporters Tuesday. “We hope they’re going to make it public in the next week or so. It will be more of an outline of principles, so we can move forward and put meat on the bones.”

But Trump has recently questioned the role of public-private partnerships in his plan, raising new concerns about how the proposal will be paid for and whether Republicans will be on board with the rebuilding effort.

“I don’t think it’s possible to do a bill that doesn’t have a mixture. It’s an all-of-the-above solution … [public-private partnerships] are a piece of a puzzle. States are contributing, they’re partnering,” Shuster said. “All of us working together is I think how we get to the $1 trillion number.”