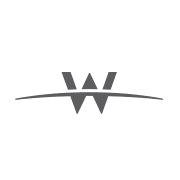 GREENVILLE, S.C. — When a downtown Greenville portion of the Reedy River turned bright neon green this month, the response was swift and efficient thanks to the continuing efforts of members of the Reedy River Water Quality Group (RRWQG). RRWQG is made up of more than 50 stakeholders, including officials from area counties and cities, Renewable Water Resources (ReWa), community and conservation groups, Clemson University, local citizens, and state and federal agencies.

Gucker wanted Riddle to leverage the multiple county stream gage stations that continuously monitor the water quality of the river to identity the cause of the discoloration and ensure it was not harmful to the river.

“The county and city have real-time sensors along the Reedy River to monitor its health, and we routinely conduct environmental sampling and analyses,” Riddle said. “It was quickly determined that the neon green color came from a dye that’s often used to track sewer leaks. However, the sensors did not detect any indicators used to identify the presence of sanitary sewer. It’s unclear where the dye came from.”

Manual grab samples also were collected during the event for laboratory analysis, which have confirmed that the dye was not accompanied by anything harmful.

Riddle said Woolpert has worked with Greenville city and county for years, and with the RRWQG since its inception in 2015.

“The RRWQG has made the Reedy River a huge priority, which was needed due to the river’s colorful history,” Riddle said. “In the early 1900s, textile mills contributed to the river’s pollution. They used to call the river’s waterfall ‘Rainbow Falls’ because it would turn all sorts of shades due to the dyes they were using.”

He said the needed implementation of nationwide wastewater treatment and sanitary and stormwater regulations have been key to the environmental health of the Reedy River and similar bodies of water across the country, and groups such as RRWQG align with those efforts to make enormous strides locally.

Gucker said the group will continue to monitor the river health and improve water quality.

“There’ve been a couple of incidences, and we know there are concerns, but we want people to know that the county, the city and ReWa are working together to be proactive,” Gucker said. “We’ve received the support from the EPA, and we will use our many resources to make the Reedy River safe and clean for everyone.”

About Woolpert
Woolpert is a national architecture, engineering and geospatial (AEG) firm that delivers value to clients by strategically blending engineering excellence with leading-edge technology and geospatial applications. With a dynamic R&D department, Woolpert works with inventive business partners like Google and Esri; operates a fleet of planes, sensors and unmanned aircraft systems (UAS); and continually pushes industry boundaries by working with advanced water technologies, asset management, Building Information Modeling (BIM) and sustainable design. Woolpert’s mission is to help its clients progress—and become more progressive. For over 100 years and with 25 offices across the United States, Woolpert serves the needs of federal, state and local governments; private and public companies and universities; energy and transportation departments; and the United States Armed Forces. The firm currently is doing business in all 50 states and in six countries. For more information, visit woolpert.com or call 937-531-1258.