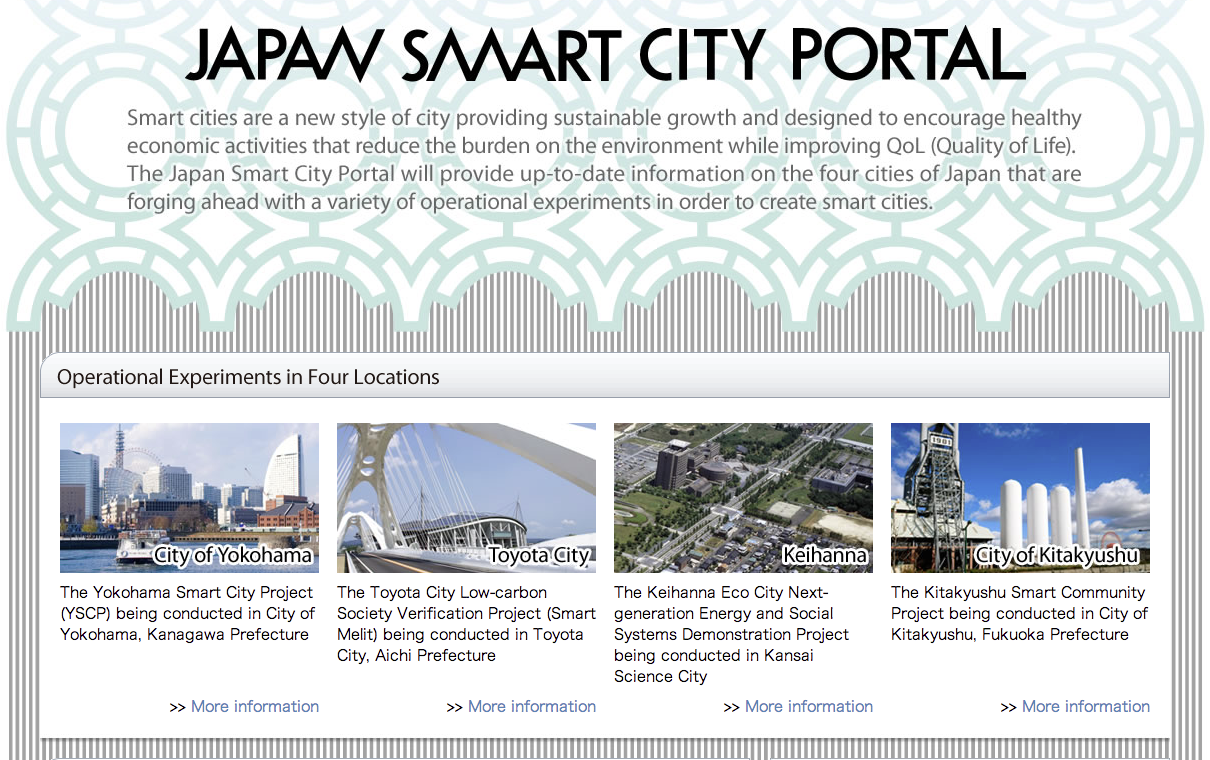 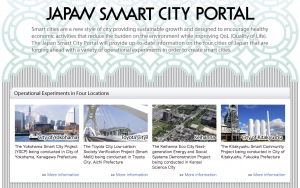 Four cities in Japan are forging ahead with a variety of operational experiments in order to create smart cities. Smart cities are a new style of city providing sustainable growth and designed to encourage healthy economic activities that reduce the burden on the environment while improving the QoL (Quality of Life) of their residents. In the aftermath of the Great East Japan Earthquake that struck on March 11, 2011, and the subsequent nuclear power plant accident, there is even more demand for “resilience” in this day and age.

The four cities with operational experiments are:

The active deployment of Information and Communications Technology (ICT) will provide smart cities with the means to solve problems on an unprecedented scale. Establishing smart cities is not simply a question of changing the outer appearance of urban areas; it is a quest to bring innovation to the lifestyles of the residents themselves. Many of these innovations were unthinkable in the past, such as the widespread distribution of electric vehicles (EV) that can be recharged by each individual home and the batteries of which can be used to supply electricity in emergencies.

A large number of experimental projects are currently being carried out around the globe in order to discover a core model for smart cities. Each of these projects is varied and diverse, with some considering energy and others considering EVs. However, the main aim should be to consider the lifestyles of the citizens, which in the end will determine the form the cities should take. Smart cities are not something that should be tackled by just governments and corporations and then presented to residents. The general public must also be actively involved in sharing their own ideas and helping to formulate the cities by throwing their own wisdom into the pot. That is what smart cities are all about.

Click here for more information about the importance of the four-location smart city operational experiments.