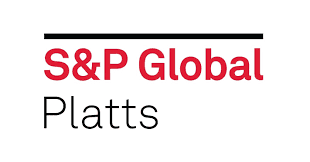 SINGAPORE (September 25, 2017) – The results of the 2017 S&P Global Platts Top 250 Global Energy Company Rankings® , now in its 16th year, show a two-pronged changing of the guard, the most profound in the Rankings history. First, Russia’s Gazprom snagged the number 1 spot, ending U.S. oil and gas giant ExxonMobil’s 12-year reign at the top of the list (ExxonMobil holding within the lead ten at 9th place).

And, second, integrated oil and gas (IOG) companies are not the biggest movers up, even as they continue to make a strong showing as they have since the Rankings were first published in 2002. Rather, utilities and pipeline companies were among the biggest gainers. In the coveted top 10, Asia-Pacific and Europe, Middle East and Africa (EMEA) tied, both with 4 representations each, while the Americas has only two of the elite spots.

The annual Top 250, published by S&P Global Platts, ranks companies based on financial performance using four key metrics: asset worth, revenues, profits, and return on invested capital. All companies on the list have assets greater than $5.5 billion.

“European utilities and North American pipeline operators got a boost from sticking to what they know best and shying away from more risky enterprises and territories,” said Harry Weber, senior natural gas writer of S&P Global Platts, the leading independent provider of information and benchmark prices for the commodities and energy markets. “Regulated utilities, in particular, have an advantage because their revenues are largely defined and consistent, and are not as susceptible to swings in oil and gas prices.”

Among this year’s biggest movers: Germany’s E.ON climbed 112 places to 2nd place from 114th. British utility Centrica is now 15th, up from 156th. Japan’s JXTG Holdings landed just outside the top 25, at 26th, an advance of more than 100 ranks. Brazil’s Centrais Eletricas Brasileiras, known as Eletrobras, made the lead 50, at 47th, up from 193rd. And Houston-based CenterPoint Energy surged to 105 from the prior year’s rank of 220.

There were familiar names rounding out the top 10, behind Gazprom and E.ON, such as 4th-ranked South Korea’s Korea Electric Power, which debuted in the top 10 just last year; China Petroleum & Chemical at 5th place; Russia’s PJSC Lukoil at 6th; Indian Oil Corp. at 7th place, and U.S. refiner Valero Energy at number 8.

But it was India’s Reliance Industries rising to 3rd place from last year’s 8th and France’s Total rising two slots to 10th from 12th — returning to the top 10 after a two-year absence — that showed the strength of pipelines as the other sector that was among those that surged up this time around. Both have been making investments in the U.S. that benefit from increasing supplies of natural gas and the new pipeline infrastructure that is being built to carry those resources to the Gulf Coast for regional use and for exports to overseas hubs.

Energy entities of the Asia-Pacific make a strong showing in the 2017 Rankings, holding 88 of the 250 slots. Of the top 5 globally ranked companies, 3 are from Asia Pacific Rim (#3 Reliance Industries Ltd.; #4 Korea Electric Power Corp.; #5 China Petroleum & Chemical Corp.). The two leading revenue-generating companies are from Asia Pacific (China Petroleum & Chemical Corp. and PetroChina Co. Ltd.), ahead of Royal Dutch Shell, ExxonMobil and BP. The region also hosts 20 of the 50 fastest growing companies, twice that of the EMEA region and matching that of the Americas.

As for decliners, coal interests were hit especially hard in the latest rankings, as more countries push for increases in renewable energy and cleaner burning fuel. But this is not without exception. China Shenhua Energy rose to 13th place from 25th, as the price of coal in China rose sharply following government output cuts.

Overall, thanks to the new entrants buoyed by utilities and pipelines, revenues of the Top 10 global energy companies surged more than 30% to $1.1 trillion from $830.2 billion in the 2016 rankings.

Collectively, the world’s top 10 companies posted combined profits of $63.7 billion last year, 14% lower than the $74.3 billion posted the year before. The Top 250 profit figures are adjusted for preferred dividends and exclude discontinued operations and extraordinary operations.

Compound growth rates analyzed in the latest rankings showed again the strength of utilities and pipelines. Latin America is home to three of the 5 fastest growing companies.

Hong Kong’s Kunlun Energy posted a three-year CGR of 23.5%, ranking it number 10 in the fastest growing segment. The storage and transportation company owes that growth in part to its expansion in the natural gas pipeline arena.

Financial data for the Platts Top 250 Global Energy Companies Rankings® was provided by S&P Global Market Intelligence, which, like Platts, is a division of S&P Global.

At S&P Global Platts, we provide the insights; you make better informed trading and business decisions with confidence. We’re the leading independent provider of information and benchmark prices for the commodities and energy markets. Customers in over 150 countries look to our expertise in news, pricing and analytics to deliver greater transparency and efficiency to markets. S&P Global Platts coverage includes oil and gas, power, petrochemicals, metals, agriculture and shipping.

S&P Global Platts is a division of S&P Global (NYSE: SPGI), which provides essential intelligence for individuals, companies and governments to make decisions with confidence. For more information, visit www.platts.com