Hurricane Irma Recovery Efforts by USDOT & FAA in the Caribbean 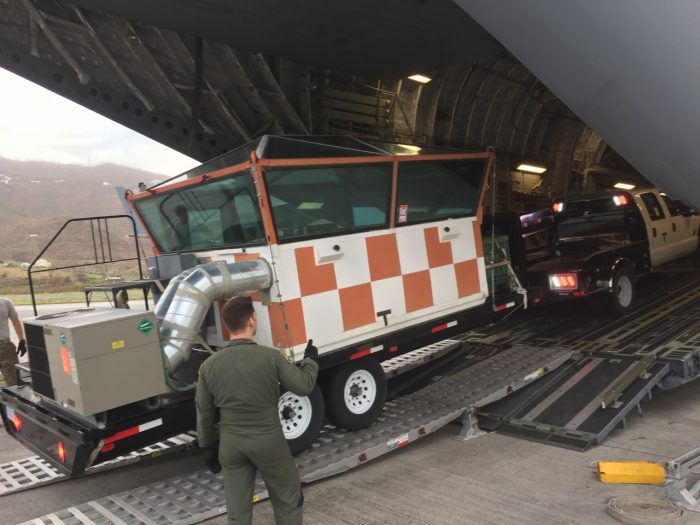 In the wake of Hurricane Irma’s destructive path through the Caribbean, the Federal Aviation Administration (FAA) is supporting storm recovery efforts in the U.S. Virgin Islands with a fully-staffed mobile air traffic control tower at Cyril E. King International Airport in St. Thomas. The tower was fully operational at 9:40 a.m. this morning and is now supporting relief flights by the U.S. military, the Federal Emergency Management Agency, general aviation and limited commercial flights.

The existing air traffic control tower at the airport was badly damaged by the storm, and controllers were managing air traffic from a tent on the airfield for several days before the mobile tower arrived this morning. The FAA is shuttling controllers back and forth from San Juan, Puerto Rico to St. Thomas every day to staff the facility.

A U.S. Air Force C17 airlifted the tower from Boise, Idaho, to St. Thomas, along with a custom-made trailer and a truck to unload it. The tower is equipped with an engine generator, an air conditioner, four radios for the air traffic controllers and instruments to measure barometric pressure, as well as wind speed and direction. The tower arrived in St. Thomas at 6:15 a.m. and was fully operational in three hours and 25 minutes.