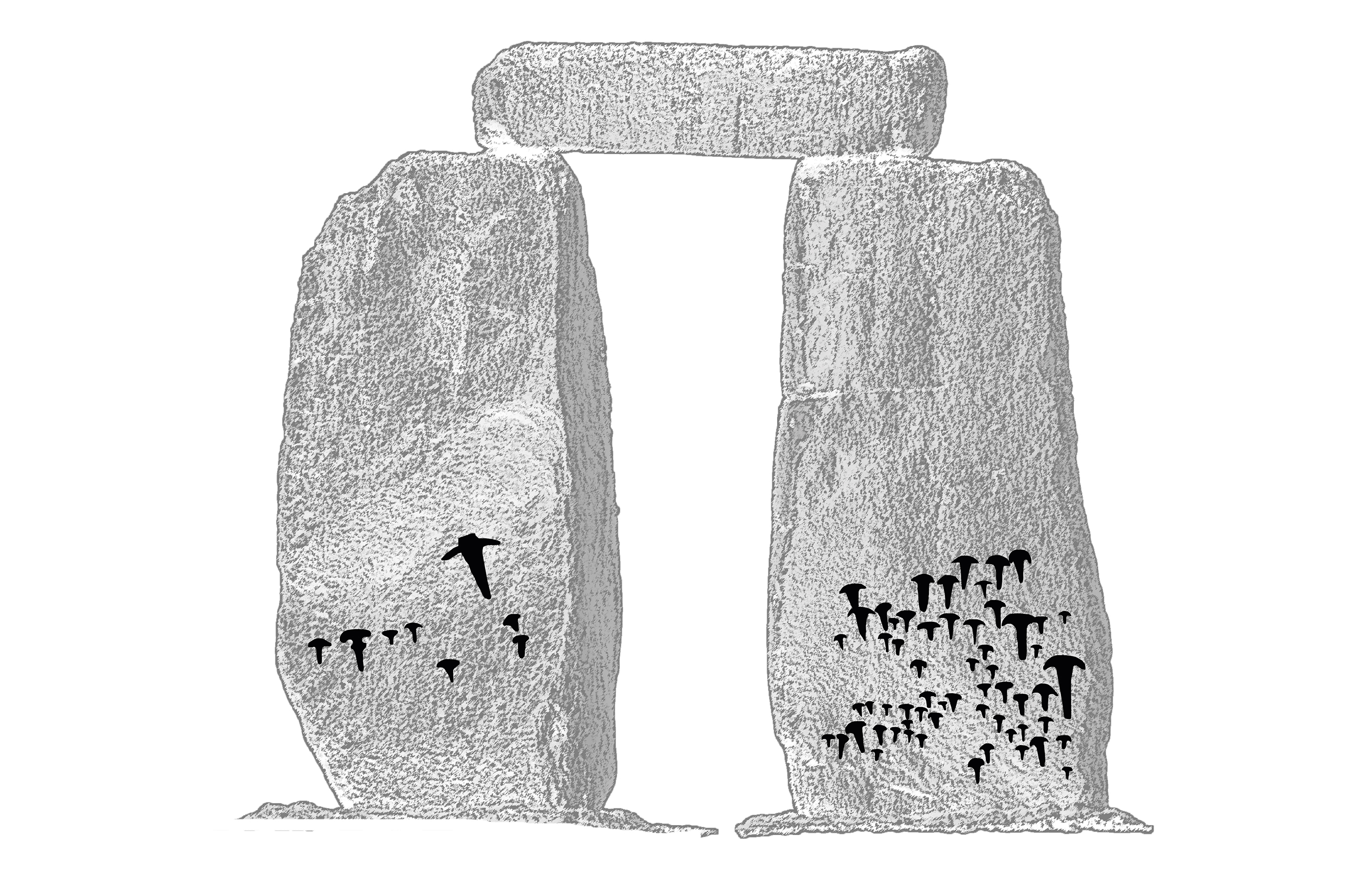 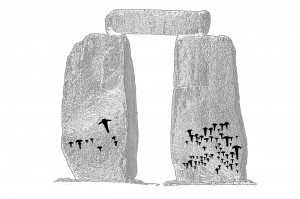 Bentley Systems announced that its Bentley Pointools technology was used to visualize and analyze the most detailed laser scan survey ever conducted of historic Stonehenge – one of the world’s oldest built environments. The laser scan with point spacing of 0.5 millimeters resulted in an enormous data resource of 850 gigabytes. The task of further examining this ancient infrastructure to discover more about it was awarded to ArcHeritage, part of the York Archaeological Trust in the United Kingdom as part of a project commissioned by English Heritage. Preliminary examination of the meshed models identified individual tool marks over 5,000 years old.

The use of Bentley Pointools on this project enabled large datasets to be loaded, facilitating an examination of the full resolution data. The software’s shading function was instrumental in visualizing the most subtle features, which resulted in the discovery of 71 carvings of Bronze Age axes not seen in more than three thousand years.

“We needed a software solution that would handle and visualize vast quantities of survey data,” said Marcus Abbott, a member of the ArcHeritage Geomatics and Visualization team. “Bentley Pointools is capable of loading both 3D mesh and point-cloud data. Furthermore, Bentley Pointools’ full suite of measuring tools and unique visualization tools were crucial to the success of the Stonehenge project. The discovery of unrecorded prehistoric rock art on the stones was first realized in Bentley Pointools.”

Richard Zambuni, Bentley global marketing director, geospatial and utilities, said, “Stonehenge is one of the world’s great buildings surviving from prehistory – it is not fanciful to call this amazing public building ‘infrastructure,’ and although we know very little about how this structure was designed, constructed, and used, cutting-edge infrastructure software such as Bentley Pointools can be used to give us more insight into this astonishing edifice. The powerful layering and shading functions in Bentley Pointools allowed carvings of Bronze Age axe heads and daggers that were invisible to the naked eye to be visualized and provided sub-millimeter accuracy to the archaeologists documenting Europe’s greatest Stone Age building.”

Zambuni continued, “It is gratifying to see Bentley Pointools used on such an exciting undertaking. This extremely challenging survey of Stonehenge provided further evidence of this advanced software’s ability to make sense of gigabytes of dense, complex point-cloud information and accomplish highly flexible point-cloud visualizations. Without question, Bentley Pointools has a vital role to play in projects in the heritage, security, and forensics markets as well as in Bentley’s home territory of sustaining modern-day infrastructure.”

The discovery of the carvings at Stonehenge was realized through the team’s use of Bentley Pointools’ Plane Shading function to create a greyscale band 7.5 centimeters wide. This band was moved at 1-millimeter intervals through the data. As it moved, it created a high-quality rendering of the plane shaded image. The team repeated the process 75 times to complete a full color change for every point in the data. Depending on the position in relation to a preset camera plane, each point was assigned a greyscale value, allowing very subtle features to be visible. When the images were combined into an animation and played back, the carvings, which were invisible to the naked eye, were seen fading in and out. It was only through Bentley Pointools’ powerful visualization capabilities that this eroded prehistoric artwork was discovered. Once the extent of the carvings was identified, the team deployed the measuring and point location tools to accurately plot the carvings to the Ordnance Survey grid.

To read a case study on the ArcHeritage Stonehenge project, click here

Nearly all infrastructure projects today require the manipulation of point clouds, and Bentley Pointools and its associated iWare apps make this task easy. They empower users to leverage the value of point-cloud data in a cost-effective and timely manner for applications ranging from GIS and mapping to surveying, construction status and sequencing, precise ‘as-builts,’ manufacturing, utilities, mining, forensics, heritage, and more. Moreover, they lower the barriers to taking best advantage of point clouds by preparing the data once and enabling its reuse anytime.

Bentley Pointools empowers information mobility by extending the reach and value of point-cloud information throughout the infrastructure lifecycle. This means that the return on investment from point clouds is increased substantially and that point clouds can now be handled like any other fundamental data type.

Features of Bentley Pointools include point-cloud differencing and clash detection functionality that makes differences and clashes easy to detect and visualize. This same capability will also soon be available through a Clash Resolution Visa for Bentley’s information modeling, review, and analysis applications, including MicroStation and Bentley Navigator. For additional information about Bentley Pointools, visit www.bentley.com/Pointools.

Bentley is the global leader dedicated to providing architects, engineers, geospatial professionals, constructors, and owner-operators with comprehensive software solutions for sustaining infrastructure. Bentley Systems applies information mobility to improve asset performance by leveraging information modeling through integrated projects for intelligent infrastructure. Its solutions encompass the MicroStation platform for infrastructure design and modeling, the ProjectWise platform for infrastructure project team collaboration and work sharing, and the AssetWise platform for infrastructure asset operations – all supporting a broad portfolio of interoperable applications and complemented by worldwide professional services. Founded in 1984, Bentley has more than 3,000 colleagues in 50 countries, more than $500 million in annual revenues, and since 2003 has invested more than $1 billion in research, development, and acquisitions.

Additional information about Bentley is available at www.bentley.com and in Bentley’s annual report. For Bentley news as it happens, subscribe to an RSS feed of Bentley press releases and news alerts. To view a searchable collection of innovative infrastructure projects from the annual Be Inspired Awards, access Bentley’s Year in Infrastructure publications. To access a professional networking site that enables members of the infrastructure community to connect, communicate, and learn from each other, visit Be Communities.