/ Buildings / After 100 years, Sullivan County, New York is Finally Getting a New Jail

After 100 years, Sullivan County, New York is Finally Getting a New Jail 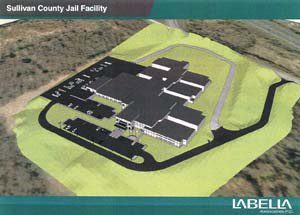 MONTICELLO, N.Y.  (SEPTEMBER 2017) – Considering the old jail is at least 100 years old, Sullivan County knew years ago, it was essential to build a new, more modernized facility. Subsequently, after talking about it for decades, the Sullivan County lawmakers gave the approval to move forward with construction of a new jail.

“We’re going from an 18th century to a 21st century correctional center,” said Sullivan County Undersheriff Eric Chaboty. “We skipped the 20th century. We researched so many other jails across the state, and we adopted the ideas that worked.” (Excerpt from recordonline.com – Times Herald-Record) 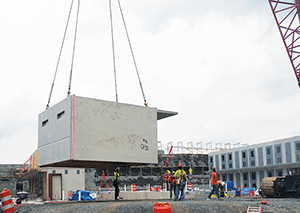 Contracted to supply the prefabricated concrete cells for the six housing units, Oldcastle Precast manufactured the front-chase cells at their Oldcastle Precast Telford, Pa. precast plant and shipped them to the job-site.  A total of 164 precast cells, measuring 70 square-feet, and 92 precast cells, measuring 100 square-feet, were manufactured for the new jail. 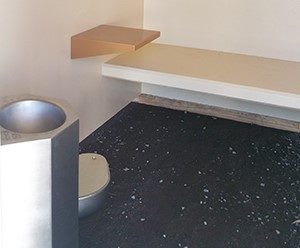 Built in the factory, the modular precast concrete units were outfitted with all furnishings and system tie-ins, including HVAC, plumbing and electrical fixtures, doors, windows and frames. Because modular units are built in a controlled environment, issues such as weather and temperature don’t hamper the construction process as compared to CMU or steel.  As the job site was prepared, precast cell modules were delivered to the job site in Monticello, NY, as needed, for immediate erection. The expedited product delivery and fast erection of the precast cells shortened construction timelines. 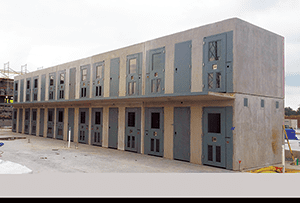 The Sullivan County Sheriff’s Office Complex, which includes the new jail, started last October and is currently on time and within budget. The complex is being designed to allow for future expansion and more efficient operations. It will house not only the jail, but also the civil, patrol and administrative divisions.

If construction continues on schedule, the project is expected to be completed by September 2018.