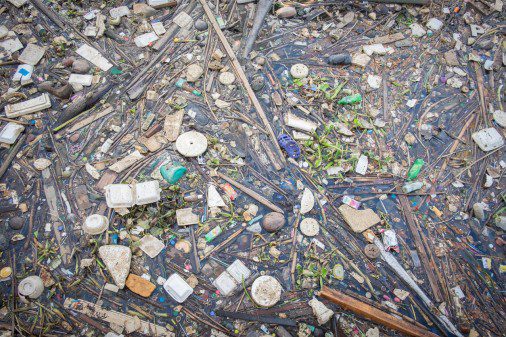 Stockholm, Sweden – A wave of new studies in recent months have escalated knowledge about the extent of ocean, lake and river pollution by plastics. Now a new study, said to be the first of its kind, has discovered previously unknown plastic contamination in the tap water of cities around the world.

“According to exclusive research by Orb Media, a top journalism site, and researchers at the University of Minnesota School of Public Health, microscopic plastic fibers are flowing out of taps from New York to New Delhi with women, children, men, and babies consuming plastic in their water-based drinks,” said Bengt Rittri, a Swedish environmental entrepreneur and founder of Bluewater, a leader in drinking water technology.

Bengt added he was deeply concerned that the study had pointed to the U.S. as having the highest level of contamination, with perhaps 94 percent of water contaminated with microscopic plastic fibers.

“It’s now no secret plastics have entered the human food chain as a result of being ingested by fish and stored in their intestines and fat, but the latest study by Orb Media is the first time we’ve been handed evidence that we are also ingesting plastic from our tap drinking our tap water,” says Bengt, who has made delivering clean drinking water and tackling ocean plastic pollution a cornerstone of Bluewater’s business mission.

Bengt said he found the findings that resulted from a ten month investigation by Orb Media across six continents both ‘shocking and disturbing’. The Swedish entrepreneur notes that micro plastics are in the stomachs of almost one in three mackerel caught in the Baltic, according to Stockholm University’s Baltic Sea Centre.

Bengt believes plastic – which has improved human life in so many ways over the past five decades – today threatens the existence of all living things on the planet. He called for an urgent and radical rethink of plastic use and said the world must harness the ingenuity, energy and passion of scientists, entrepreneurs and ordinary citizens to meet the environmental and health challenges and deliver business solutions that address the problems.

“The Orb Media study highlights two issues that Bluewater believes are fundamental to consuming water: one, stopping the use of throw-away plastic bottles and, two, assuring people’s access to clean drinking water. Bluewater is passionate about delivering viable alternatives to the problems behind the pollution that sees a million plastic bottles bought around the world every minute with just 9 percent of all plastic being recycled,” Bengt Rittri said. (Image above shows a compact, but powerful Bluewater Pro water purifier, which can deliver up to 5.7 liters (1.5 U.S. liquid gallons) per minute, depending on the model, installed in a residential kitchen.)

For more information, please contact
David Noble, Head of Communications, at +44 7785 302 694 or david.noble@bluewatergroup.com