/ Event Coverage / Mapping the Future as an Intelligent 3D Image

Mapping the Future as an Intelligent 3D Image 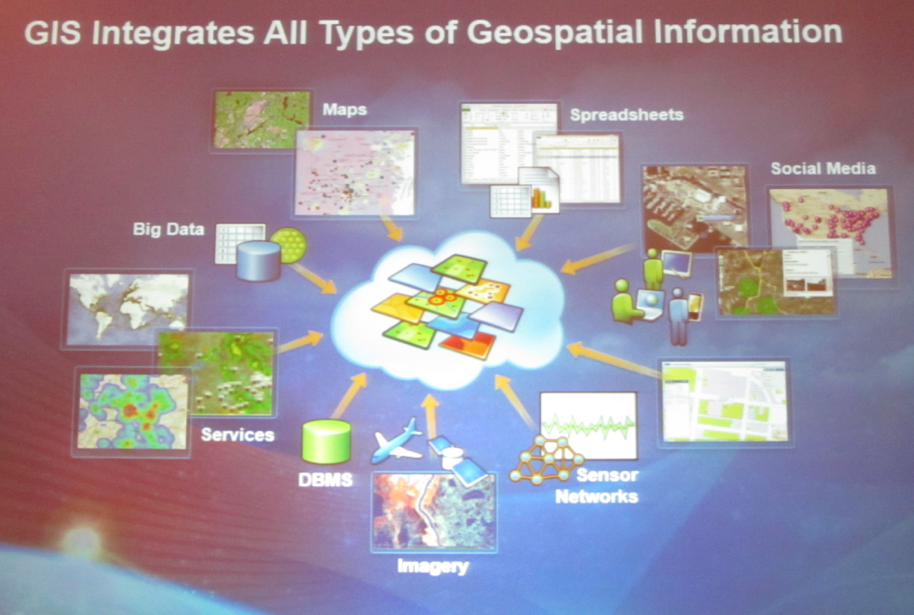 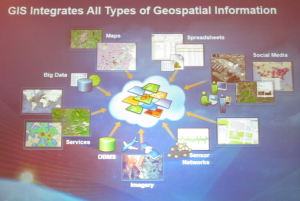 Lawrie Jordan, director of imagery at Esri, gave a keynote at today’s International LiDAR Mapping Forum with a focus of going beyond the 3D imagery to the information model behind it, allowing for deep analysis to address problems. With the move toward real-time and global persistent surveillance we have a new view and a new vision for where we go with it, supporting dynamic operations.

GIS offers a new architecture to bring together information in real time for a better view, and transparency, into what is happening around us. As an integrating framework, GIS is rapidly expanding into 3D. The 3D capabilities are more scalable, and are moving more rapidly into analytics to solve problems. Within the same day, we’re able to capture detailed 3D and combine it with traditional 2D data.

With Hurricane Sandy as an example, Jordan showed areas of high surge potential as provided by NOAA along with state data on buildings that were captured via LiDAR. Running a geoprocessing model, within minutes the LiDAR and flood data are overlaid and indicates which buildings will be flooded and by how much. With the data it allows for pre-positioning of assets to prepare and also provides data to insurers so that they can also prepare.

Another example is finding lost revenue with LiDAR to do tax parcel assessments and see what has changed and what has been assessed. LiDAR comparison of two different collection dates, subtracted, with parcels overlaid allows you to filter out major additions or new homes. With connections to the tax parcel data, assessors can see who pulled a permit, and determine exactly who needs a visit.

Aerometrex and the software company Euclidean, both out of Australia, are pioneering ways to rapidly classify point cloud data to create rich 3D models. With terrestrial data, the company is creating models with 1mm accuracy (the width of a pencil line!). With accurate imagery, we’re now doing overlays of reality (augmented reality), to provide detailed navigation of the world around us.

Esri’s CityEngine now runs on the cloud, with models that you can visualize without needing expensive hardware or software, and adding analysis. You can view models for time of year or day, and see if there will be shadows and what it will look like at the street level as well.

The rules-based modeling creates very realistic models, shown for both Afghanistan and a European city, where models can be created quickly. Merging into entertainment, the modeling tools are being applied to commercials and even full-length feature films.

The technology covers all these areas from science to entertainment, with geography as an integrator. Jordan closed with the line that the best way to predict the future is to invent it.