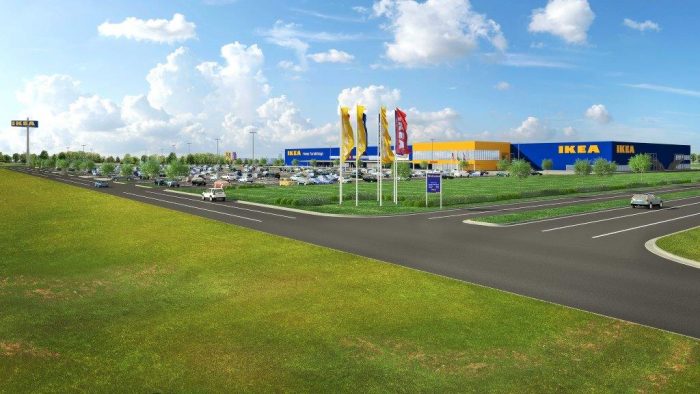 Conshohocken, pa – IKEA, the world’s leading home furnishings retailer, today announced it officially submitted plans to the City and County of Broomfield to open the Swedish company’s second Denver-area store in Summer 2019.  Last year, IKEA announced it had identified Broomfield for its other Colorado location and purchased the land, but did not have an exact timeframe for submitting specific store plans or for actually opening the store.  Now, pending approvals, construction of IKEA Broomfield could begin in Spring 2018 with an opening in Summer 2019.  Until then, customers can shop at the current Denver-area IKEA store in Centennial (which opened in 2011) or online at IKEA-USA.com.

Located approximately 17 miles north of downtown Denver, and as part of a larger 123-acre parcel of land, the 400,000-square-foot proposed IKEA store and its 1,500 parking spaces would be built on 36 acres at the northwestern corner of Interstate 25 and State Highway 7.  The land contiguous to the proposed IKEA store eventually could be developed for ancillary commercial, retail or residential opportunities.  Store plans for IKEA Broomfield will reflect the same unique architectural design for which IKEA stores are known worldwide.  IKEA also will evaluate potential on-site power generation to complement its current U.S. renewable energy presence at nearly 90% of its U.S. locations. 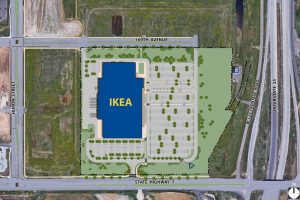 “We are pleased that the vision communicated last year about a second Denver-area store now is advancing in Broomfield,” said IKEA U.S. president Lars Petersson.  “This Broomfield location would complement the presence established six years ago in Centennial and would provide an IKEA store closer to customers in the northern Front Range.”

IKEA Broomfield would feature nearly 10,000 exclusively designed items, 50 inspirational room-settings, three model home interiors, a supervised children’s play area, and a 450-seat restaurant serving Swedish specialties such as meatballs with lingonberries, salmon plates, as well as American dishes.  Other family-friendly features include a ‘Children’s IKEA’ area in the Showroom, baby care rooms, play areas throughout the store, and preferred parking.  In addition to more than 500 jobs expected during the construction phase, approximately 300 coworkers would join the IKEA family when the store opens.

Since its 1943 founding in Sweden, IKEA has offered home furnishings of good design and function at affordable prices.  There are currently more than 390 IKEA stores in 48 countries, including 44 in the U.S.  IKEA has been ranked among “Best Companies to Work For” and, as further investment in its coworkers, has raised its own minimum wage twice in two years.  IKEA incorporates sustainability into day-to-day business and supports initiatives that benefit children and the environment.  For more information see IKEA-USA.com, @IKEAUSANews, @IKEAUSA or IKEAUSA on Facebook, YouTube, Instagram and Pinterest.