High-Speed Amtrak Service from Chicago to St. Louis Will Shave Hour Off Trip 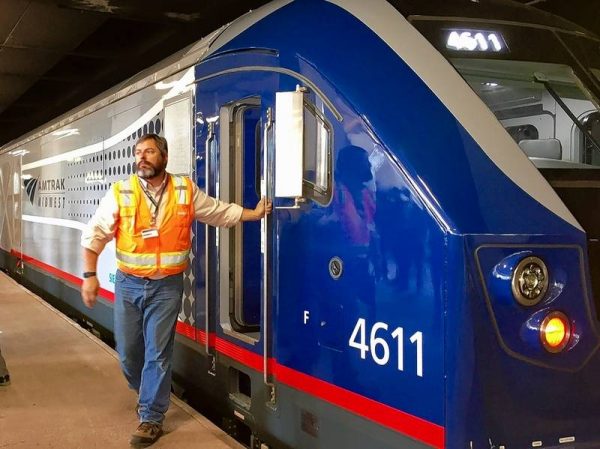 The trains will travel at top speeds of 110 mph, which doesn’t match the 200-plus mph levels of trains in Europe and Japan, but should reduce trip times from 5½ to 4½ hours, IDOT and Amtrak executives explained.

With the modernization, customers will “have smoother rides, upgraded stations, crossing and signal improvements for safety, (and) guarantees of better on-time performance,” Illinois Department of Transportation Secretary Randy Blankenhorn said at a Union Station unveiling.

Upgrading and building track along with other infrastructure for high-speed rail between Chicago and St. Louis has taken years, but high-speed rail should begin in 2018.

Powering the Lincoln Service between the two cities will be “Charger” locomotives built by Siemens and capable of reaching 125 mph. The diesel-electric engines use less fuel, run quieter and emit 90 percent less pollution than older locomotives that are being replaced, designers said.

The locomotives were built in the U.S. by Siemens under a $225 million contract, funded mainly with federal aid intended to stimulate the economy after the 2007 recession.

Amtrak officials also said contract negotiations are ongoing with the firm that will develop vacant and unused space at Union Station.

Riverside Investment & Development Co. was selected in May to lead a massive project that includes a hotel and office space above the Great Hall.

Metra passengers will see improvements intended to increase capacity, prevent overcrowding and get people into and out of Union Station faster.

The contract and a master plan should be finalized in November or December, Amtrak spokesman Marc Magliari said.