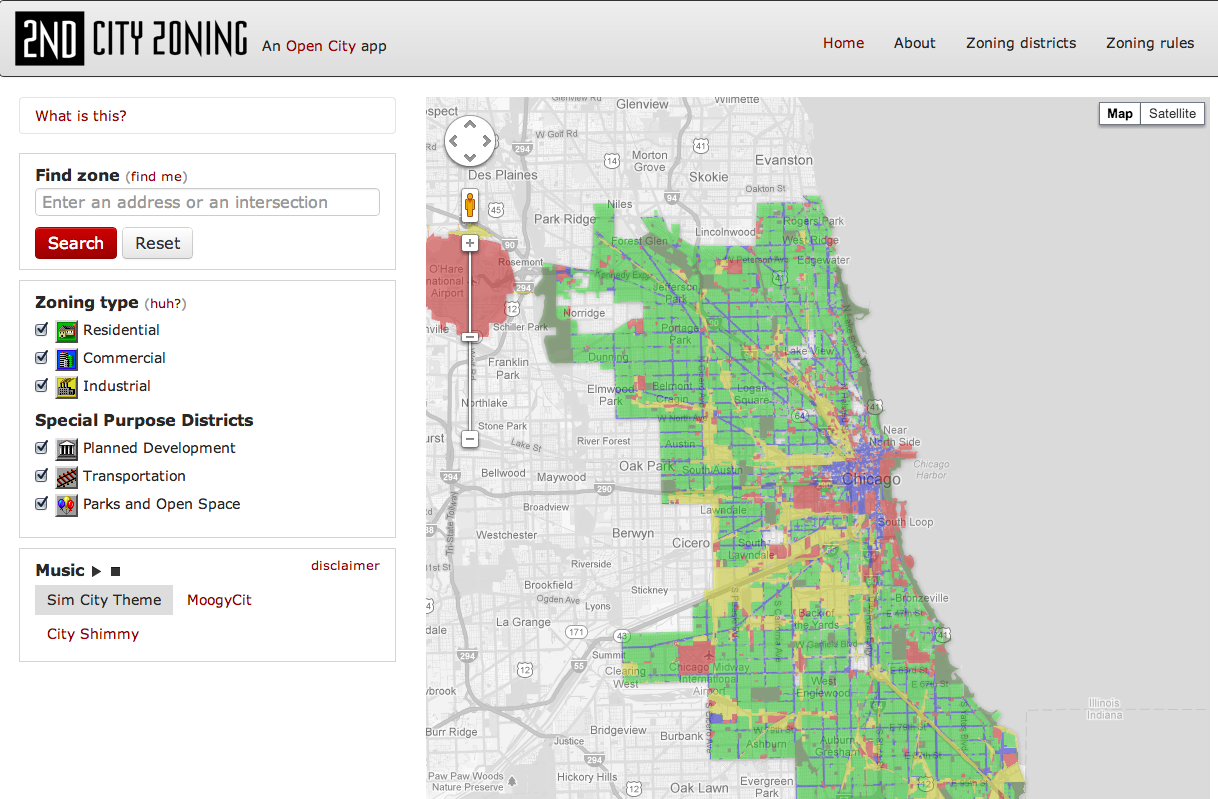 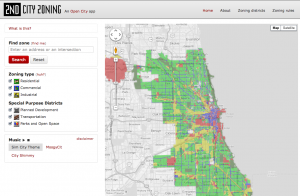 Chicago’s embrace of open data has led to a good deal of innovation coming from citizens, with maps of crime, transit, buildings and other civic data. The tech collective Open City has been building tools upon the data, including updates on snow plow progress, an economic overview of city finances, and details of who is lobbying city hall. The group has now tackled city zoning with a new interactive map.

Second City Zoning, provides an interactive map of Chicago’s zoning districts to unlock the dense legalese of the city’s zoning controls.  Zoning details can be a big issue for those wanting to develop the city, from real estate developers, to urban planners, entrepreneurs wishing to expand their business, and to citizens concerned with the look and feel fo their neighborhood.

This new map allows anyone to put in an address to see how a specific property has been zoned, as well as a broad map overview of al the zones of the city. This new application builds on the recent release of the city’s zoning map, and allows for an intriguing understanding of why the city looks as it does, and how it might look in the future.