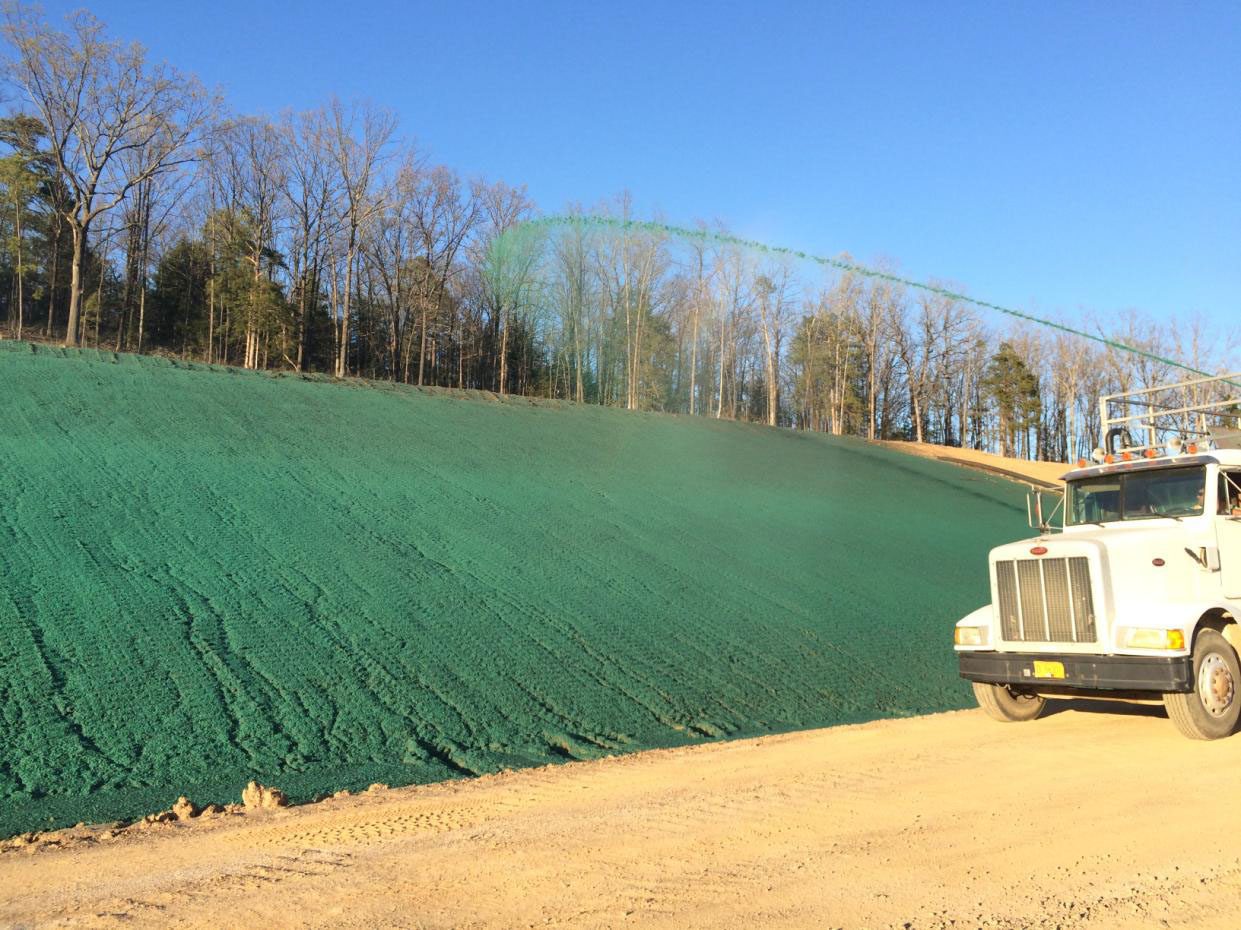 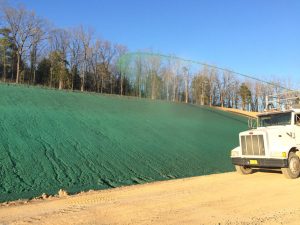 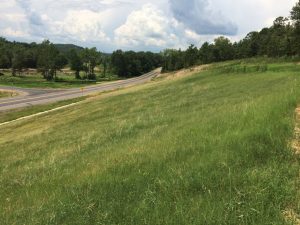 AHTD agreed to a test case of the area. On one side of the slope, a traditional straw-and-perennial seed system was deployed; on the opposite side, Profile Products followed its soil test with a sequence of amendments.

Based on test recommendations, Profile applied ProGanics® BSM™, a biotic soil media made from naturally derived components, at 4,000 lbs./acre to create a healthy soil foundation. It followed with three agronomic formulations: JumpStart™, a penetrating liquid to improve moisture infiltration in the clay, at 80 lbs./acre; BioPrime®, a long-acting biostimulant, at 80 lbs./acre; and NeutraLime™, a pH adjuster, applied at 400 lbs./acre.

Next, Flexterra® HP-FGM™, a high-performance, flexible growth medium, was applied in two phases: first with a small amount of fertilizer (15-30-15), then via a second pass without fertilizer. Finally, perennial seed was applied. All products were sprayed onto the site over a single day.

The combination of amendments, led by ProGanics to accelerate biologic activity and Flexterra to lock seeds onto soil and prevent site erosion, allowed the perennials to establish quickly and grow uniformly despite less than optimal rainfall. Within three months, the amended slope showed lush vegetation; AHTD engineers estimated germination on the control side at 20 percent. AHTD subsequently approved the regimen for use at other sites in its system.

Comments are disabled
NEXT ARTICLE
Department of Transportation Publishes August 2017 Significant Rulemaking Report
August 23, 2017
PREVIOUS ARTICLE
New York State DOT to Use Virtual Reality at State Fair to Show Fairgoers What It’s Like to Work in a Construction Zone
August 23, 2017