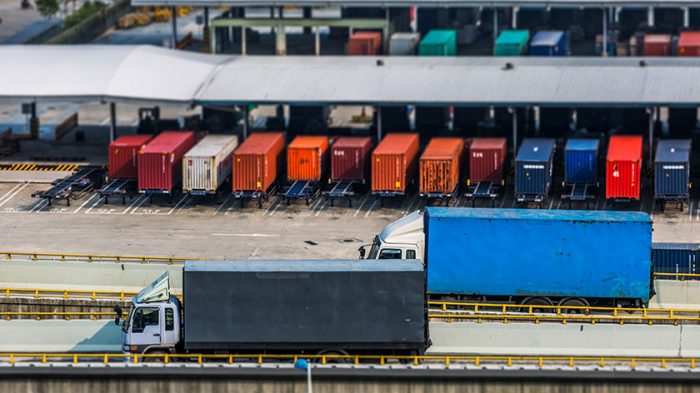 Improving the efficiency of road-freight transport is critical to reducing the growth in oil demand, carbon emissions and air pollution over the next decades, according to the International Energy Agency’s latest report, The Future of Trucks: Implications for energy and the environment.

Trucks are a major contributor to the growth in transport-fuel consumption, as well as rising carbon dioxide and air pollutant emissions. But the sector gets far less attention and policy focus than passenger vehicles. Only four countries have energy-efficiency standards for heavy trucks, compared with about 40 countries with passenger-vehicle standards.

Yet the growth in oil demand from trucks has outpaced all other sectors – including passenger cars, aviation, industry and petrochemical  feedstocks – since 2000 and contributed 40% to global oil demand growth, a similar contribution as cars. Today, trucks account for almost a fifth of global oil demand, or around 17 million barrels per day, equivalent to the combined oil production of the United States and Canada. It also accounts for about half of global diesel use, a third of all transport-related carbon emissions and a fifth of NOx emissions, a key air pollutant.

Trucks are a key enabler of global economic activity and play an essential role in delivering goods or commodities across every point of the economic value chain, from production to sale.

But if no action is taken, oil demand from road freight is projected to grow by 5 million barrels per day by 2050, or around 40% of the projected increase in global oil demand in that period. This growth is expected to lead to a significant increase in carbon dioxide emissions of nearly 900 million tonnes through 2050, or about the same level of emissions growth as from coal use in the power and the entire industry sector combined.

In an effort to address this rise in demand and emissions, the IEA describes a more sustainable policy pathway for truck transport that could reduce energy use in road freight by 50% and emissions by 75% by 2050.

“For far too long there has been a lack of policy focus on truck fuel efficiency.  Given they are now the dominant driver of global oil demand, the issue can no longer be ignored if we are to meet our energy and environmental objectives” said Dr Fatih Birol, the IEA’s Executive Director.  “Our study highlights the gains that are possible from tighter truck fuel efficiency standards and sets out other cost-effective steps to modernise freight transport.”

The IEA highlights three major areas of improvement. First, the trucking sector can improve logistics and systems operations in order to be more efficient. This includes near-term opportunities like using Global Positioning System to optimise truck routing, as well as real-time feedback devices that monitor the on-road fuel economy of trucks.

Greater improvements on that front will require increased cooperation, as well as the exchange of data, information and assets across the entire supply chain. This can help increase the volume or weight of cargo hauled to improve the load on each trip, but also reduce the number of trips during which trucks are running empty, such as travel taken without any load at all after having delivered the goods.

Second, the IEA report finds that energy-efficiency improvements for the existing fleet should include aerodynamic retrofits to reduce drag as well as low-rolling resistance tires. New trucks can use additional technologies that cut idling, use lightweight materials and take advantage of improvements to truck engines, transmissions and drivetrains. Achieving stronger cuts in fuel use, carbon dioxide and pollutant emissions requires the use of hybrids and zero emission trucks.

While some of the improvements necessary may be expensive or complex, many can be easily accomplished in the near-term by strong policy support, according to the report. Some of these opportunities include tightening fuel-economy standards, making better use of data and providing support for research and development into alternative fuels.