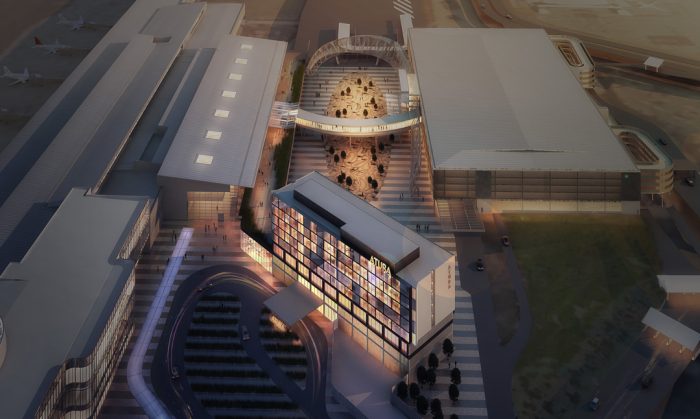 TOURISM growth and a booming convention precinct are fuelling a hotel boom in the South Australian capital, Adelaide.

There are 1946 hotel rooms in the supply pipeline across nine developments with 245 rooms under construction, 1006 rooms with planning approval and 695 rooms proposed or subject to planning consideration.

Of the nine hotels, seven are in the CBD, including a project to construct the state’s tallest building. Hotel developments have also been proposed at Adelaide Airport and nearby Glenelg Beach.

It comes at a time when the South Australian visitor economy has reached a record $6.3 billion, including $1.1 billion spent by international tourists in the year ending March 2017.

This has coincided with a string of developments between North Terrace and the River Torrens such as the $3.6 billion Adelaide BioMed City precinct  as well as major upgrades to the Adelaide Convention Centre, Adelaide Festival Centre and Adelaide Oval.

International hotel chains attracted to Adelaide, a city of 1.3 million people, for the first time include Sheraton, Sofitel, Langham and Atura.

Australian Hotels Association of South Australia CEO Ian Horne said Adelaide had experienced challenges attracting visitors in the past such as an over-reliance on peak months, lack of high-class hotels and its remote location.

“Adelaide is in transition towards a much needed focus on attracting the high-end brands,” Horne said.

“With more international conferences at the Convention centre, travelling businessmen, health experts – we have more interest from China as well as our regular European market – you can see why North Terrace is terrific for this.

“It is very much needed as we are not just competing with Australian cities but many parts of Asia as well and Hawaii.”

Hotels planned for Adelaide include:

An impression of the Adelaide Casino expansion, which would include an 11-storey luxury hotel.

The Adelaide BioMed City health precinct includes the new Royal Adelaide Hospital, South Australian Health and Medical Research Institute (SAHMRI), The University of Adelaide Medical and Nursing School and University of South Australia’s Centre for Cancer Biology. It is set to become one of the largest health and life sciences clusters in the southern hemisphere.

The Adelaide Convention Centre next door opened in 1987 as the first purpose built convention centre in Australia and has attracted more than six million delegates. It is undergoing a $400 million expansion, due for completion in August.

According to a Dransfield report, the growth in hotel room demand in Adelaide is outpacing supply growth.

Savills is a global commercial real estate service provider with offices across Australia. Director of Hotels for South Australia Rob Williamson said the Adelaide’s liveability was a huge factor in attracting more tourists to the state.

“The four big pillars of hotel development globally are open spaces, close proximity to ocean, high quality food and drinks and safety – we do that in Adelaide very well,” he said.

“North Terrace is an important boulevard and is near the festival side of the city (in the east) where there is an abundance of food and beverage sites, it has got entertainment and parklands.

“There are a few hotels in the market place but you can see why there are more higher calibre stock coming as Adelaide tries to be competitive and consistent with the quality of stock in other capital cities.”

In 2015, Adelaide was voted the fifth most liveable city in the world by The Economist Intelligence Unit, which considered the safety, healthcare, educational services, infrastructure and environment of 140 cities.

It is surrounded by 960 square hectares of parks, parklands and city squares and is less than 10km from the beach.

More than 200 cellar doors are within an hour’s drive of the city centre of Adelaide and South Australia is consistently responsible for about 50 per cent of Australia’s annual production.

Comments are disabled
NEXT ARTICLE
Manufacturers Call for Strong Actions by Congress, Administration to Upgrade Infrastructure
June 28, 2017
PREVIOUS ARTICLE
U.S. Exports of Crude Oil and Petroleum Products Have More Than Doubled Since 2010
June 28, 2017