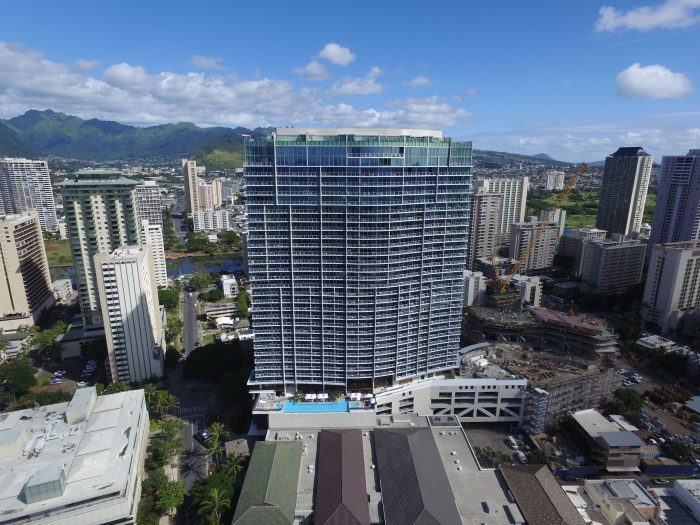 MOUNT PROSPECT, ILLINOIS – Baldridge & Associates Structural Engineering, Inc. (BASE) has announced that The Ritz-Carlton Residences Waikiki Beach, Phase 1 was awarded 2017 Project of the Year by the Post-Tensioning Institute (PTI).  The PTI awards are given biennially and recognizes projects worldwide for excellence in its application of post-tensioned concrete.  BASE was the structural engineer of record for this project developed by PACREP, LLC, designed by Guerin Glass Architects, and constructed by Albert C. Kobayashi, Inc.

“We enjoy working with an active structural system such as post-tensioning, so we were very excited to hear our project was recognized with the Project of the Year award from the Post-Tensioning Institute,” said BASE President Steven Baldridge. “With stringent height limitations, long spans and cantilevers, multiple transfer girder and truss requirements all melded into an aesthetically appealing curved building profile, post-tensioning became the choice for this structural, yet artistic composition.  There really was no other structural system that could be used to meet this project’s challenging requirements.” 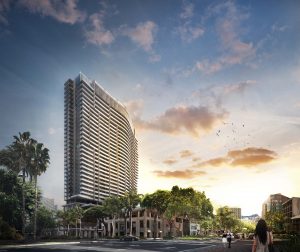 BASE leveraged the talents and staggered time zone of its Chicago and Honolulu offices to meet a demanding project schedule.  This included last-minute changes to the building while it was under construction to accommodate the requests of potential buyers. 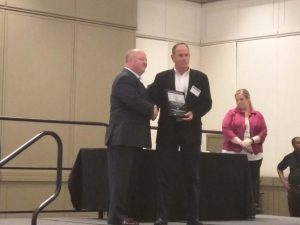 The PTI awards dinner was held on May 1, 2017 in Atlanta, Georgia.  Steven Baldridge accepted the award for The Ritz-Carlton Residences Waikiki Beach, Phase 1.