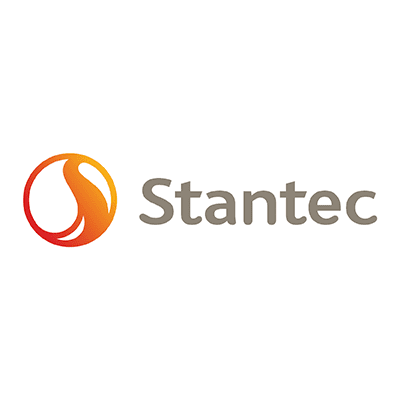 Parul Dubey on June 21, 2017 - in News, People
Stantec announced today that following a successful eight-year tenure as the Company’s president and chief executive officer, Bob Gomes will retire at year’s end, effective December 31, 2017. The firm also announced that Gord Johnston, executive vice president of Stantec’s Infrastructure business operating unit, was selected by the board of directors to assume the role of president and chief executive officer, effective January 1, 2018. Johnston has more than 30 years of industry leadership experience, including more than 20 years with Stantec. He has also played an active role in helping guide the Company’s Strategic Plan over the past nine years.

“Gord’s appointment and this transition are exciting milestones in a succession plan that the board of directors has been working on for the past three years,” says Aram Keith, chair of Stantec’s board of directors. “Gord’s people-focused leadership style, industry expertise, and market understanding will build on the success Bob has helped the Company achieve. Gord is focused on the future and helping the Company achieve its long-term strategic goals.”

New Perspective, Established Experience
During his Stantec career, Johnston has progressed in various leadership roles after joining the firm’s Edmonton-based Water practice in 1990. He later served as the regional business leader for Stantec’s Water group in Western Canada before assuming the role of business leader for Stantec’s Water business line in 2010. In 2015, he was named to his most recent post as the executive vice president for the firm’s Infrastructure business operating unit. As a company leader, Johnston served on Stantec’s Disclosure Committee, the Integrity Management Team, and the Executive Health, Safety, Security, and Environment Committee. Johnston has also been active in the firm’s acquisition sourcing and integration efforts, particularly with MWH Global, Stantec’s largest acquisition to date.

A recognized industry advocate, he has served on the board of directors for the Association of Consulting Engineering Companies (ACEC) in Canada, and as past president of the Consulting Engineers of Alberta. Johnston earned both bachelor’s and master’s degrees in civil engineering from the University of Alberta before completing the Harvard Business School’s Leading Professional Services Firms program. Additionally, he is a credentialed Envision Sustainability Professional through the Institute for Sustainable Infrastructure. In his role as CEO, Johnston will relocate to Edmonton, Alberta.

“Bob’s leadership has paved an excellent path for us to follow and grow,” says Johnston. “We will continue to grow and strengthen our global footprint while maintaining our position as a top-tier service provider dedicated to bringing world-class expertise to our clients in local communities around the globe.”

A Recognized Legacy
Originally joining the Company in 1988 as an urban land project manager, Gomes held several leadership positions before being appointed president and CEO in 2009. During his time in that role, Gomes led the Company through a sustained period of growth by executing key strategies outlined in the Company’s Strategic Plan. Among the highlights is Stantec’s successful expansion into multiple global markets, including Europe, India, New Zealand, Australia, South America, and the Middle East, among other geographies. Additionally, the Company enjoyed growth in gross revenue of 229 percent from $1.5 billion in Q1 2009 to $4.8 billion in Q1 2017 while completing nearly 50 acquisitions (including the largest in the Company’s history with the 2016 purchase of MWH Global).

Gomes will remain as a director on Stantec’s board. Aram Keith offered Gomes the board’s gratitude.

“Bob will leave a considerable legacy, and we’re grateful for his inspiring leadership over the years,” says Keith. “We’ll look forward to working with Bob and Gord over the balance of the year to ensure the Company is positioned for continued success through a robust transition plan.”

About Stantec
We’re active members of the communities we serve. That’s why at Stantec, we always design with community in mind.

The Stantec community unites approximately 22,000 employees working in over 400 locations across 6 continents. We collaborate across disciplines and industries to bring buildings, energy and resource, environmental, water, and infrastructure projects to life. Our work—engineering, architecture, interior design, landscape architecture, surveying, environmental sciences, construction services, project management, and project economics, from initial project concept and planning through to design, construction, commissioning, maintenance, decommissioning, and remediation—begins at the intersection of community, creativity, and client relationships.

Our local strength, knowledge, and relationships, coupled with our world-class expertise, have allowed us to go anywhere to meet our clients’ needs in more creative and personalized ways. With a long-term commitment to the people and places we serve, Stantec has the unique ability to connect to projects on a personal level and advance the quality of life in communities across the globe. Stantec trades on the TSX and the NYSE under the symbol STN. Visit us at stantec.com or find us on social media.