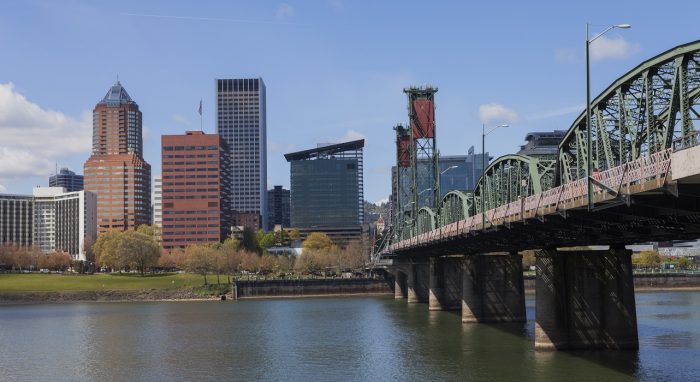 Now in its sixth year, the Fatality Mapping Project (http://stopconstructionfalls.com/fatality-map) is raising awareness of the number of lives lost each year in construction. Developed by the Center for Construction Research and Training, a nonprofit organization created by the Building and Construction Trades Department, American Federation of Labor and Congress of Industrial Organizations, the maps include information from ongoing Occupational Safety and Health Administration investigations and online media sources. Although the maps don’t capture all work-related construction fatalities, they do portray a substantial number of fatal injuries, illustrating the need for improved health and safety in the construction industry.

During the 10-year period preceding the construction downturn, which began in 2008, the Bureau of Labor Statistics reported roughly 1,200 construction fatalities annually. Prior to the downturn and since, falls have accounted for roughly one-third of work-related deaths suffered by construction workers each year. Portland’s water system has six active transmission mains that cross the Willamette River; the oldest is more than 110 years old.

The report, released by Evergreen State College’s Center for Sustainable Infrastructure, is the first attempt to construct a regional, shared vision for the future of water infrastructure in the Northwest. The report introduces a robust portfolio of new water infrastructure solutions, expanding the choices available and opening new opportunities for innovation. Download the free report at www.evergreen.edu/sites/default/files/CSI-2040-Water-Report.pdf.

Post-Tensioning Institute (PTI) presented its Kenneth B. Bondy Award for Most Meritorious Technical Paper to Alex Randell, a bridge designer at FINLEY Engineering Group; Marcelino Aguirre, a former bridge field engineer at the Walsh Group; and Trey Hamilton, a professor of civil engineering at the University of Florida. Their paper, “Effects of Low Reactivity Fillers on the Performance of Post-Tensioned Grout,” contains a summary of research performed in the area of reproducing and determining the cause of soft grout, which has been found in several bridges around the United States.

The PTI Technical Advisory Board presents awards annually to individuals who have made a significant contribution to the PTI body of knowledge. This year’s winning paper can be downloaded at https://finleyengineeringgroup.com/content/uploads/pdf/Randell-Aguirre-Hamilton.pdf.

Americans identified an array of benefits provided by public transportation. Helping those who can’t drive was the benefit cited by more respondents (61 percent) than any other. Among others mentioned were providing travel choice (38 percent), offering a relaxing way to travel (28 percent), creating jobs (28 percent), access to jobs (28 percent) and contributing to cleaner air (27 percent).

Nearly 77 million people—roughly a quarter of the U.S. population spread across all 50 states—were served by water systems reporting violations of the Safe Drinking Water Act in 2015, according to a recent report issued by the Natural Resources Defense Council (NRDC). The offenses ranged from arsenic to nitrate contamination, and included often-serious failures to test or report contamination levels. A new threat to the nation’s water supplies comes in the form of dramatic cuts to the U.S. Environmental Protection Agency’s 2018 budget—including programs designed to safeguard the nation’s drinking water—despite President Trump’s recognition that “crystal clear water” is vitally important to the country.

The report, Threats on Tap: Widespread Violations Highlight Need for Investment in Water Infrastructure and Protections, found nearly 80,000 violations impacting drinking water systems in every state, but under-reporting and lax enforcement could mean the number of violations is much higher. Very small systems found in rural or sparsely populated areas account for more than half of all health-based violations, and nearly 70 percent of all violations. For more information, visit www.nrdc.org/resources/threats-tap-widespread-violations-water-infrastructure.

A recent U.S. Energy Information Administration (www.eia.gov) Today in Energy brief indicates rapidly expanding use of renewable energy in the United States. Posted May 4, 2017, the brief states that wind generators accounted for 8 percent of the operating electric-generating capacity in the United States in 2016, more than any other renewable technology, including hydroelectricity. Wind turbines have contributed more than one-third of the nearly 200 gigawatts (GW) of utility-scale electricity-generating capacity added since 2007. In addition to utility-scale solar, electric-generating capacity from small-scale solar systems (such as rooftop and other customer-sited PV systems) has grown. In 2016, EIA estimates that the United States added 3.4 gigawatts (GW) of small-scale solar generating capacity across all three end-use sectors (residential, commercial and industrial), ending the year with more than 13.1 GW of installed capacity. Monthly generation from small-scale solar capacity is estimated to have been 1.6 million megawatt hours on average in 2016, or about two-thirds of the amount generated by utility-scale solar generators. For more information, visit www.eia.gov/todayinenergy/detail.php?id=31072.

• Take Control of the Wastewater from Your Home

Comments are disabled
NEXT ARTICLE
From the Editor: Variety and the Growth of Community
June 8, 2017
PREVIOUS ARTICLE
May – June 2017 Table of Contents
June 8, 2017