/ Planning / Climate Change and Coastal Land Use: A Game Changer for the Business of City Building

Climate Change and Coastal Land Use: A Game Changer for the Business of City Building 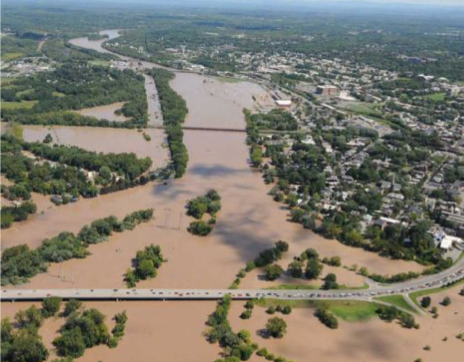 The increased frequency of property casualties associated extreme weather events, including severe hurricanes, tornadoes, floods, storm surges, and drought-fueled fires, as well as significant sea level increases are changing how property risk is valued, noted the panelists. The changes in both extreme weather events and risks are compelling the real estate industry to explore new development practices that implement adaptive measures that better protect both the built and natural environment. Increased climate risks are also raising awareness of the need for more investments to make existing buildings more energy efficient and reduce the carbon emissions associated with buildings.

“For the real estate industry, the risk posed to urbanized coastal areas by climate change has become a global issue with dramatic local ramifications. It’s one of several drivers – along with economic, demographic and societal changes – that are necessitating a different approach to coastal development in the twenty-first century,” said ULI Chief Executive Officer Patrick L. Phillips. “Whether necessitated by reasons related to market demand or environmental concerns, rebuilding presents an opportunity to reduce risk in the future, enhance livability, restore natural resources, and increase community resilience.”

The forum, “Resilience and Risk in Coastal Regions,” held January 16-17 in Washington, D.C., included representatives of the federal government, local governments, investors, property owners and leading members of the insurance and reinsurance industries. Among the panelists’ observations and predictions:

Observed forum keynote speaker Fred Krupp, president of the Environmental Defense Fund: “Finding solutions to climate change is not an easy path, but a necessary path. We must keep talking about these issues, because we have paid a heavy price for our silence.”

About the Urban Land Institute
The Urban Land Institute (www.uli.org) is a nonprofit education and research institute supported by its members. Its mission is to provide leadership in the responsible use of land and in creating and sustaining thriving communities worldwide. Established in 1936, the Institute has nearly 30,000 members representing all aspects of land use and development disciplines.