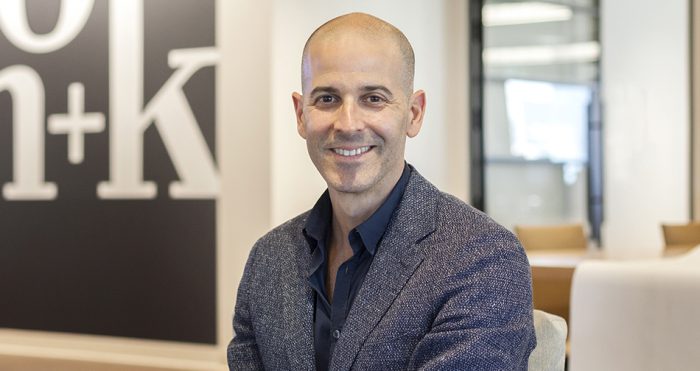 TORONTO—Anthony Fieldman, AIA, LEED AP, has joined HOK as senior vice president and design principal for the firm’s Canadian practice. Based in Toronto, he will provide design leadership for HOK projects across Canada and throughout the world.

Fieldman comes to HOK from New York City-based RAFT Architects, where he was president. Prior to founding RAFT, he was a design principal in the New York office of two international design firms.

Over the past 25 years, Fieldman has led or contributed to the design of more than 100 buildings in 19 countries. His projects have won 50 design awards on three continents. Most recently, the $656 million New York Police Academy in Queens won 2016 AIA New York COTE and SARA awards and was featured on the cover of Interior Design. His work has been exhibited internationally, including at the Venice Biennale and the National Building Museum, and he captured the top education award at the prestigious World Architecture Festival. Publications including Newsweek, Metropolis, Wallpaper and the Wall Street Journal have featured Fieldman’s projects.

“Throughout his career, Anthony’s projects have embodied the type of high-profile, culturally important design we do at HOK,” said HOK Chairman and CEO Bill Hellmuth, FAIA, LEED AP. “I have long admired the rigor and poetry he brings to his projects. And we’re pleased to reunite Anthony with Cal Smith, our technical principal in Canada. They have worked together with great success in the past and have a track record of seamlessly integrating design excellence with the building sciences.”

“HOK has a reputation for focusing on design and delivering high quality buildings,” added Fieldman. “Those were big draws for me. But in addition to the firm’s international reach and reputation, the idea of Bill, as a designer, being the chairman and CEO, was extremely appealing. I know he will value and support the ideas that are important to our designers and clients. I’m also thrilled to be back in Canada.”

A native of Montreal, Quebec, Fieldman was raised in a bilingual English-French household and spent two years in Italy as a student studying photography and fresco painting. He holds bachelor’s degrees in both architecture and photography from Rhode Island School of Design, and recently published a photography book titled New York Through an Architect’s Lens.