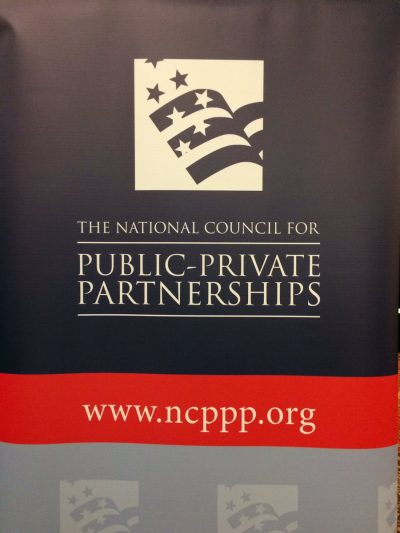 The National Council for Public-Private Partnerships (NCPPP), the leading association in the field, is proud to announce its inaugural list of the Top 10 P3 Transportation Infrastructure Pioneers.

“Public-private partnerships are as much about the people driving the projects as they are about the projects themselves,” said Executive Director Todd Herberghs. “It takes tenacity, creativity and will to incorporate this alternative project delivery method into the traditional financing and procurement model.”

A select committee of NCPPP members identified 10 people who have embodied these characteristics while contributing meaningfully to the public or private sector sides of the field. These individuals have seen partnerships as another path forward to improving our national infrastructure network and have overseen the completion of some of the most significant transportation projects and the passage of some of the most groundbreaking P3 laws in the past three decades.

A summary list of the pioneers and their accomplishments follows.

As co-chair of Meridiam North America, he leads a highly successful company that has invested equity into more U.S. P3 projects than any other firm, including Texas’s LBJ Express Lanes, Maryland’s Purple Line LRT and New York’s LaGuardia Airport.

In 2016, Rep. Combs capped a 10-year tenure in the Kentucky House of Representatives by applying her dedication and persistence to a multi-year effort that ultimately led to passage and enactment of a new statewide P3 law. She has been the state’s leading advocate for P3s for several years and — since her retirement from the legislature — continues to work to advance P3s.

During a four-year tenure as a director with the Pennsylvania Department of Transportation, he led the ground-breaking $1.1 billion Rapid Bridge Replacement Project, the state’s first transportation P3, the nation’s first multi-asset availability-payment concession and the first project in which the developer won approval through the Federal Highway Administration’s Special Experimental Project program to conduct the environmental process. He also established a P3 sponsorship agreement for the state highway patrol, initiated P3s for compressed natural gas fueling stations and communications, and co-founded the P3 Owner’s Network, which connects P3 directors nationwide to share best practices.

One of the earliest financial advisors to public agencies in the U.S. P3 market, he has led highly challenging projects including Florida’s PortMiami Tunnel and I-595 Managed Lanes Projects — the first availability payment transactions in the nation. His company was acquired by Ernst & Young, laying the foundation for its national P3 advisory practice. He has since founded Parker Infrastructure Partners.

The former CFO of the Arizona Department of Transportation (1998–2001) and head of the Federal Highway Administration (2001-2005), she took an active role as U.S. Secretary of Transportation from 2006 to 2009 in helping to grow the Transportation Infrastructure Finance and Innovation Act (TIFIA) program’s support of P3 projects nationwide. She assisted in creating the congestion pricing program that spurred innovative tolling solutions around the country, and helped develop the federal government’s leadership role in P3 education.

As As secretary of the Florida Department of Transportation from 2011 to 2015, he played a key role in the development of Florida’s P3 program including the precedent-setting I-4 Ultimate, the largest P3 in state history, and the Port Miami Tunnel and I-595 Managed Lanes projects, the country’s first use of availability-payment P3 transactions.

He led the successful efforts of Madrid-based Cintra to become, not only the first major international concession company to penetrate the U.S. P3 market, but a major factor in the early growth of the country’s P3 transportation sector as a whole. Among the signature transactions Cintra has led, making a major contribution to revenue-risk P3s, are the Chicago Skyway, the Indiana Toll Road, the Texas Department of Transportation’s P3 projects (SH 130, LBJ Express Lanes, and the North Tarrant Express, Phases 1 and 2), North Carolina’s I-77 Managed Lanes Project and Virginia’s recently awarded I-66 HOT Lanes Project.

During his 28 years with the Texas Department of Transportation, he worked on every phase of transportation development for tolled and non-tolled highways statewide. Particularly, he served as director of the program that produced many of the leading revenue-risk P3 projects in the United States between 2003 and 2009, including the SH 130 segments 5 & 6, the North Tarrant Express and the LBJ Express Lanes.

As a nationally known thought leader and legal advisor, he founded Nossaman LLP’s Infrastructure Practice Group, which has advised more U.S. transportation agencies on successful P3 transactions than any other law firm throughout the 25-year history of the sector, including the Virginia, Texas, California and Florida departments of transportation, the Indiana Finance Authority, and Los Angeles World Airports. He was named by then-Transportation Secretary Mary Peters to serve on the National Surface Transportation Infrastructure Financing Commission and has been an expert resource to Congress and Republican and Democratic administrations on five different federal surface transportation reauthorizations. A key force behind the creation and modernization of the TIFIA and Private Activity Bonds programs — both essential building blocks for the U.S. P3 program — he was saluted by the American Road & Transportation Builders Association as the most important private sector professional to the advancement of P3s in the national transport arena’s 20-year history.

Selected to assist the U.S. Department of Transportation’s transition team for the Trump administration, she served as deputy secretary and secretary of transportation for Virginia during the birth and early development of the state’s signature P3 program, which has resulted in billions of dollars of P3 investment over more than 20 years. She oversaw a team of professionals including Barbara Reese and Deborah Brown — each of whom became leaders in the P3 transportation market — and was actively involved in federal P3-related legislative initiatives. She also served as a senior transportation policy analyst for the Reason Foundation.