/ Energy / Australia’s Electricity Crisis Could be Solved by Water Scheme

Australia’s Electricity Crisis Could be Solved by Water Scheme 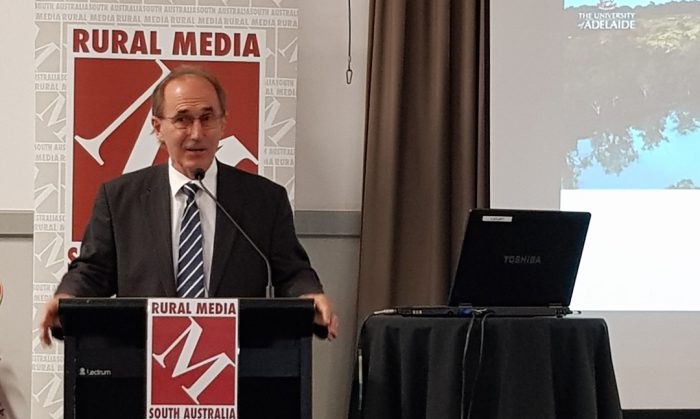 THE system that transformed Australia’s water industry into a world leader is being proposed to solve the nation’s energy crisis.

Under the plan, climate shares would be allocated to all power stations and other major greenhouse gas emitters in proportion to their current emissions.

The annual emission allocations are then made in proportion to the number of shares held by emitters, but systematically reduced over time.

Each year companies would be asked to give up 1-2 per cent of their shares to be auctioned off. Companies would have the opportunity to buy the shares back – and more – if they chose. Shares could also be mortgaged or sold off with the money invested in cleaner technologies such as renewable energy to reduce emissions

Prof Young from the University of Adelaide’s Centre for Global Food and Resources said the money raised from the annual auction would be split three ways between federal, state and local governments.

“These systems are known to work so why not do them in carbon,” he told a Rural Media South Australia luncheon in Adelaide today.

“The system is surprisingly simple and easily understood. Every investor and every emitter is given a carbon account that looks just like your bank account. Emission allocations are credited to this account and as you use them, they are debited.”

“Those who are involved in currently making the emissions would become part of the solution by working with people who develop wind turbines, photovoltaic cells, batteries and pumped hydro the market will get it right.”

In 2016, Australia’s greenhouse gas emissions amounted to almost 540 million tonnes of CO2. More than a third of these emissions came from electricity generation.

At a potential starting price of AU$100 a share, Prof Young said the whole asset for Australia would be worth about $54 billion.

He said the first step would be to Assemble an independent authority – a small group of people appointed for their expertise – to put together a national emission reduction program with the legislation required.

“Unlike conventional emissions trading schemes, a climate sharing system locks in a commitment that enables all involved to plan with certainty,” he said.

“Shareholders would discover they could pay for emission reductions by mortgaging their shares, and once they have reduced emissions, sell off their surplus shares. In the water sector, these features have made us one of the world’s best water managers – we can do the same with carbon emissions.”

“Why can’t we imagine that in 10 years time we are selling a climate sharing system to the rest of the world as we solve a global problem.”

Several factors including the closure of coal-fired power stations, long-term contracts to ship Australian gas overseas and supply inconsistencies with wind power have contributed to the electricity crisis.

Prof Young said he would attempt to gain traction for his idea by talking about it widely and creating a simple to explain narrative.

He said the investment created would reduce the cost of electricity, increase reliability and lead to greater uptake of renewable sources.

“What’s happening at the moment is we are having these big power spikes and surges because people don’t know what to do, the industry doesn’t know what to do and there’s no confidence about the long-term investment.

“This solves that problem by putting a long-term plan together but it’s an industry-based plan where we put our scarce climatic resources to its best use and that’s what we’ve done with water.

“We can turn this on its head and not see the climate as a problem, but instead see it as a marvellous opportunity, an asset that can help this nation prosper by going ahead and putting something up that solves the problem in a mature, sensible way.”

South Australia leads the nation in the uptake of wind energy and roof-top solar with renewable sources accounting for more than 40 per cent of the electricity generated in the state. The State Government aims to extend this to 50 per cent by 2025.

The state’s capital Adelaide has three long-standing public universities, Flinders University, University of South Australia and the University of Adelaide, each of which are consistently rated highly in the international higher education rankings.