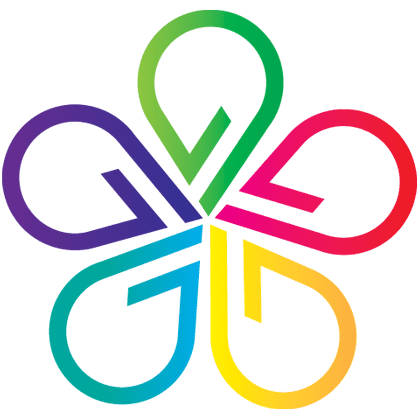 Dogs, Robots and Intelligent Synergies: The leaders of the international water industry come together in Madrid

The 2017 Summit was organised by Global Water Intelligence (GWI) around the theme of “intelligent synergies”, exploring how interactions between finance and technology can deliver solutions for both industries and utilities around the world.

Regarding the theme, Christopher Gasson, publisher at Global Water Intelligence commented “at the moment there is no such thing as the “digital market”. What we have is a lot of different platforms, protocols, and solutions each targeting different areas of utility activity, and selling to a relatively limited number of early adopters. This year’s Global Water Summit aims to address this”.

The event’s opening plenary began with a keynote speech from bestselling author and futurist Martin Ford, who spoke on the impacts of A.I and the Internet of Things on industry, followed by remarks from Hon. Isabel García Tejerina, the Spanish Minister of Agriculture, Fisheries, Food, and Environment.

The two were joined by Sue Murphy, CEO of the Water Corporation of Western Australia. Murphy outlined the multiple solutions deployed by the Water Corporation to supply and engage with its customers in face of climate change-driven droughts. These solutions ranged from customers using smartphones to photograph and locate system leaks and breakdowns, to the use of dogs trained to smell chlorinated water leaks. On the latter solution, Murphy remarked “if you’re going to engage your customers don’t do it with robots, do it with dogs. They are already the most wonderful customer engagement tool we’ve ever deployed”.

GWI also welcomed high level delegations from China and Iran with a view to facilitating cooperation partnerships, and sharing international expertise, to drive long-term and valuable change in two of the water sector’s emerging markets.

The summit agenda featured a series of tightly focused session strands serving to unpack some of the most prevalent issues and topics in the water industry. The summit’s Latin America strand ran across the two days of the event and featured multiple speaker panels, with representatives from Peru, Colombia, Chile, Argentina, and the World Bank. These speakers led discussions on catalysing PPPs in the region, transforming Argentina’s water sector and wastewater management for megacities among other topics.

The summit also featured sessions on digital technologies and solutions and how they can be applied to enhancing business strategy, industry sustainability and utility performance. The Finance session strand meanwhile, discussed the Saudi water sector’s privatisation plans, and merging models for PPPs, with representatives from SWCC, the Asian Development Bank and the governments of Egypt, Nigeria, Tunisia, and Vietnam.

Alongside the agenda sessions, delegates also engaged in roundtable discussions and one-to-one networking meetings arranged by the Global Water Summit app, allowing attendees to forge the valuable connections at the heart of the event’s theme. The Global Water Summit also included the coveted Global Water Awards 2017 Ceremony, held at the Palacio de Cibeles, Madrid. The ceremony featured a gala dinner and guest presenter Nassim Nicholas Taleb, who presented the winners and distinctions of the 10 awards categories with their awards.

Global Water Intelligence (GWI) researches and publishes business data and information about the water markets worldwide. Based in Oxford, UK it also has offices in Singapore and USA (Austin, Texas) and has researchers and office staff in many other countries. It publishes three subscription titles and a free weekly GWI Briefing email (http://www.globalwaterintel.com/accounts/mailinglist/) and around four individual reports per year on particular water sectors/geographic regions. It also organises two major financial conferences for the water industry each year: the American Water Summit in Autumn and the Global Water Summit in Spring. GWI