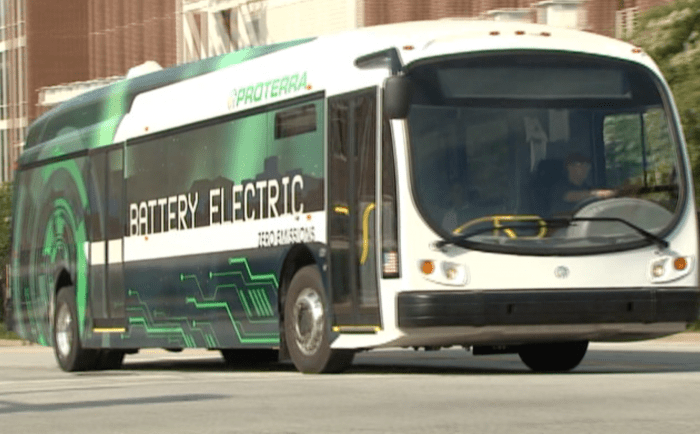 “FTA is proud to support investment in the next generation of transit buses, which will help riders across the country get to work, school, and other important destinations more comfortably and efficiently,” said FTA Executive Director Matthew Welbes. “The Low-No program exemplifies FTA’s commitment to spurring innovation in public transportation.”

FTA will award the grants to eligible transit agencies, state transportation departments, and Native American tribes on a competitive basis. Projects will be evaluated by criteria defined in federal law and in the Notice of Funding Opportunity, including the applicant’s demonstration of need; the project’s anticipated reductions in energy consumption compared to standard buses; and local strategy and capacity for implementing the project.

The application deadline is June 26, 2017. Project selections will be announced within 75 days of the closing of the application period, and no later than September 30, 2017.

Federal public transportation law (49 USC § 5339(c)) authorizes FTA to solicit proposals through the competitive Low-No program. The authorized funding level is up to $55 million per year through Fiscal Year 2020.

Comments are disabled
NEXT ARTICLE
136.8-foot Super-Girders Used to Replace Washington’s Miles Creston Bridge
May 8, 2017
PREVIOUS ARTICLE
ASSA ABLOY Openings Studio Joins Your BIM Process, Allowing You To Plan For Amazing Design From Day One
May 8, 2017