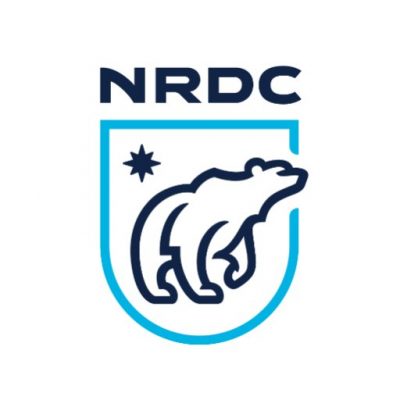 WASHINGTON  – Nearly 77 million people—roughly a quarter of the U.S. population—spread across all 50 states were served by water systems reporting violations of the Safe Drinking Water Act in 2015, according to a report issued today by the Natural Resources Defense Council (NRDC). The offenses ranged from arsenic to nitrate contamination, and included often-serious failures to test or report contamination levels. A new threat to the nation’s water supplies comes in the form of dramatic cuts to the Environmental Protection Agency’s 2018 budget—including programs designed to safeguard our nation’s drinking water—despite President Trump’s recognition that “crystal clear water” is vitally important to the country.

“America is facing a nationwide drinking water crisis that goes well beyond lead contamination,” said Erik Olson, Health Program Director at NRDC and a report co-author. “The problem is two-fold: there’s no cop on the beat enforcing our drinking water laws, and we’re living on borrowed time with our ancient, deteriorating water infrastructure. We take it for granted that when we turn on our kitchen tap, the water will be safe and healthy, but we have a long way to go before that is reality across our country.”

“Threats on Tap: Widespread Violations Highlight Need for Investment in Water Infrastructure and Protections” found nearly 80,000 violations impacting drinking water systems in every state, but under-reporting and lax enforcement could mean the number of violations is much higher. Very small systems found in rural or sparsely populated areas account for more than half of all health-based violations, and nearly 70 percent of all violations.

The report found the top dozen states with the most offenses based on population were (in order):

NRDC’s report exposes health-based violations of the Safe Drinking Water Act, as well as violations for improper water monitoring and reporting, at more than 18,000 community water systems across the nation. These federal drinking water rules are intended to protect against about 100 contaminants, such as toxic chemicals, bacteria and metals like lead that can cause health impacts like cancer, birth defects, and cognitive impairments.

The report also revealed that 27 million people, or one in every 12 Americans, were served by a drinking water system with health-based violations. Health-based violations of the rules were most frequently caused by (in order): a cancer-causing family of chemicals called disinfection byproducts; coliform bacteria; the failure to properly treat surface and groundwater to remove dangerous pathogens; nitrates and nitrites that can cause “blue baby syndrome”; and lead and copper.

Meanwhile, repercussions for violations were virtually nonexistent. Nearly nine in 10 violations were subject to no formal action, and even fewer – just 3.3 percent –faced financial penalties.

President Trump’s proposed budget for the EPA would make our failing drinking water system worseThe Trump budget proposed slashing the agency’s funding by 31 percent; a leaked memo showed that water-related programs and grants at EPA totaling more than $600 million are the chopping block. NRDC’s report shows that even at its current level of funding, the EPA and states are doing an inadequate job of monitoring, testing, and enforcing safe drinking water laws. The Trump budget also proposes to eliminate all $498 million dollars in funding for rural drinking water and wastewater systems from the Department of Agriculture.

“Americans have a right to safe, clean drinking water, but President Trump is killing that right with a meat axe,” said Jamie Consuegra, a Legislative Director with NRDC. “Our tap water should not poison us or make us sick. We can’t play politics with our health or our children’s future.”

“There’s a two-tiered drinking water system in this nation and rural America is most at risk from the inequality. Small systems have the highest percentage of water violations, and it’s largely due to financial and technical capacity issues that will only get worse when the EPA cuts drinking water programs,” said Mae Wu, Senior Attorney with NRDC’s Health program.

The report notes, however, that proposals being actively moved in Congress, such as the so-called Regulatory Accountability Act, would make it all but impossible for EPA to adopt new tap water protections or strengthen current ones.

Investing and improving infrastructure and enforcing the drinking water laws are solutions that will make a difference. The NRDC recommends that the nation must:

“Threats on Tap” is a follow-up to NRDC’s 2016 study that revealed widespread lead contamination in the tap water in Flint, Michigan, and towns across America.

A consumer’s guide to safe water can be found her

Comments are disabled
NEXT ARTICLE
Urban Solar Announces New Smart Technology - ECM Connect Controller
May 4, 2017
PREVIOUS ARTICLE
Atlas Copco Announces Epiroc as Name of the Company to be Dividended out in 2018
May 4, 2017